Getty Trust Leads Group of Foundations Acquiring Ebony Archives for $30M
The 70-year archive, Johnson Publishing's most valuable remaining asset, was auctioned off as part of bankruptcy proceeding and will be donated to museums, the foundations said. 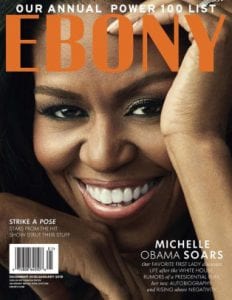 A group of private foundations led by the J. Paul Getty Trust is set to purchase the complete photography archive of Johnson Publishing—which comprises some 983,000 photographs and 3.35 million unprocessed negatives from Ebony and Jet magazines dating back to 1948—after submitting a winning $30 million bid at a bankruptcy auction in Chicago on Wednesday morning.

Johnson, which sold Ebony and Jet to the private equity firm Clear View Group in 2016 after seven decades of ownership, had sought to sell off the archive, its most valuable remaining asset, in order to satisfy outstanding debts after filing for Chapter 7 bankruptcy in April.

In addition to the Getty Trust—which operates a pair of art museums in Los Angeles and claimed a total endowment of $7.3 billion as of 2018—the purchasing group includes the Ford Foundation, the MacArthur Foundation and the Andrew W. Mellon Foundation.

In a joint statement put out Thursday afternoon, the foundations pledged to donate the archives to the Smithsonian National Museum of African American History and Culture in Washington, D.C., the Getty Research Institute in Los Angeles and “other leading cultural institutions for the public benefit and to ensure the broadest access for the general public and use by scholars, researchers, journalists and other interested parties.”

After an initial auction held on July 17 yielded a winning bid of just $12.8 million, the deadline was extended to Wednesday morning after a “truly remarkable” level of interest from multiple parties, according to Chapter 7 trustee Miriam Stein, with the sale price eventually arriving at $28.5 million, plus the $1.5 million deposit required in order to participate in the proceeding.

“The archive is a national treasure and one of tremendous importance to the telling of black history in America,” said Darren Walker, president of the Ford Foundation, in a statement. “Saving it and making it available to the public is a great honor and a grave responsibility.”

Amy Hood, a spokeswoman for the Getty Trust, adds that the Getty Research Institute will oversee the digitization of the archives, which will be made “accessible to scholars.”

A hearing to approve the sale will be held Thursday, with the deal expected to be completed on Friday. Chicago-based advisory firm Hilco Streambank conducted the sale process on Johnson’s behalf.

Since its acquisition by Clear View Group three years ago, Ebony has endured economic hardship, a constantly shifting masthead and widespread criticism for its inability to compensate freelancers on time, among other things. In June, The Root reported that CVG laid off Ebony‘s entire digital editorial staff, which at the time consisted of three writers, a videographer and a social media director.