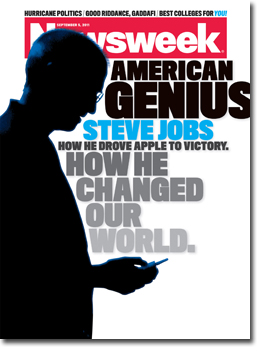 The Newsweek Daily Beast Co. has named Gary Starr as its new CFO. Starr will replace Jennie Tse Wang, who is departing from the company, according to Adweek.

Starr comes from Martha Stewart Living Omnimedia, where he acted as senior vice president of finance. His departure from the company follows MSLO’s May announcement that Blackstone Advisory Partners were tapped to “review and respond” to third party interest in MSLO, as well as to “explore other opportunities”.

According to a spokesperson for Newsweek, average newsstand sales are up over 30 percent per issue since the Daily Beast/Newsweek merger in February and editor-in-chief Tina Brown’s first redesigned issue in March, and ad pages are up over 88 percent.

However, according to Magazine Radar, the magazine had 36.8 ad pages in August (with three issues released for the month), falling 44 percent from August 2010’s ad numbers (which included four issues). This marks the lowest performing month for Newsweek this year since January, when ad pages were down 52 percent.