After a Decade-Long Struggle, F+W Media Declares Bankruptcy
The company says it's run out of cash thanks to a poorly executed e-commerce pivot amid plummeting magazine revenues. 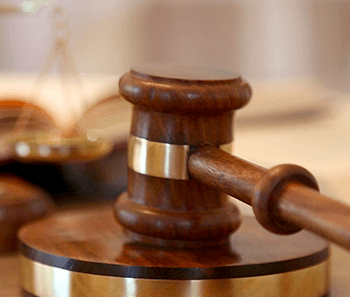 Following a botched foray into e-commerce, concurrent with the continued decline of its print business, century-old hobbyist publisher F+W Media has filed for Chapter 11 bankruptcy protection and will pursue a sale of its assets, including its portfolio of 50 magazines.

CEO Greg Osberg, citing outstanding debts totaling $105.2 million and only $2.5 million in available cash, petitioned the court for short-term debt relief as the company pursues two separate sales of its book and magazine publishing businesses, aiming to complete both by midsummer.

In documents filed in Delaware bankruptcy court Sunday, Osberg primarily blamed F+W’s precarious situation on the decision, made a decade ago, to shift the company’s focus to e-commerce in order to offset declines on the magazine side, something management felt was a natural extension of its existing business lines.

“The company’s decision to focus on e-commerce and de-emphasize print and digital publishing accelerated the decline of the company’s publishing business,” Osberg writes, “and the resources spent on technology hurt the company’s viability because the technology was flawed and customers often had issues with the websites.”

Since 2015 alone, the company’s subscriber base across all of its titles has plummeted 36 percent to 21.5 million, and advertising revenue is down 34 percent. 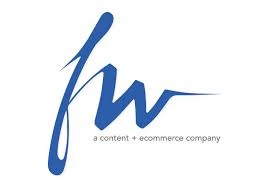 To avoid defaulting on its loans, F+W executed a debt-for-equity swap in 2017, transferring a 97-percent ownership stake in the company to its lenders. This drastically reduced the company’s debts and provided it with $15 million of new funding, but that was exhausted within six months “largely as a result of mismanagement,” according to Osberg.

That marked the end for then-CEO Tom Beusse, who was ousted by the company’s board in January 2018 (along with F+W’s then-COO and CTO) and replaced by Osberg, who was brought in from outside the company. F+W  then laid off about 40 percent of its employees before determining that it would run out of cash again by April.

Sales of a few individual brands to Caribou Media Group and Hoffman Media over the course of 2018 provided about $7 million in net proceeds, and the switch to third-party fulfillment for its e-commerce business reduced costs, but these moves only delayed F+W’s financial problems.

“Realizing that periodic asset sales are not a long-term, operational solution, the company’s board requested alternative strategies for 2019, ranging from a full liquidation to selling a significant portion of the company’s assets to help stabilize operations,” Osberg writes. “Ultimately, the company determined that the only viable alternative … was to pursue a sale transaction within the context of a Chapter 11 filing.”

The company’s largest individual creditor, per the filings, is printer LSC Communications, which is owed some $2.7 million. An additional $953,000 is owed to Oracle and $729,000 to fulfillment provider Palm Coast Data, among numerous others.

F+W has retained investment bank Greenhill & Co. to shop its book business, and says the firm is in contact with 13 potential suitors. FTI Consulting, which has been working with Osberg and F+W since last year, is handling the sale of the magazine side.