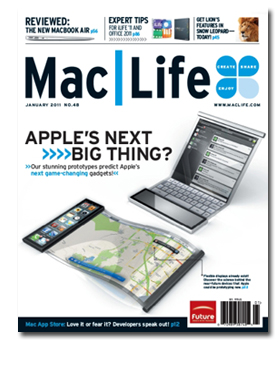 The U.S. division of enthusiast publisher Future is reorganizing its market verticals to emphasize the gaming division, Folio: has learned. According to a source familiar with the situation, five staffers will be let go, including consumer marketing director Rich McCarthy and technology group vice president Kate Byrne.

Losses, says the source, have triggered a consolidation where the technology group brands—including Maximum Tech, Maximum PC, Mac|Life and Windows: The Official Magazine—will be merged into the gaming group.

Accordingly, while the brands remain intact, some leadership positions have been eliminated as the gaming group assumes responsibility over those titles. "They decided to consolidate the tech group, so they’re going to have one sales group, one edit group. Games is the bigger play," says the source.

Calls to Future US for comment were not immediately returned.

Update: Future US president John Marcom says the move is less of an emphasis on the Games group and more of an opportunity to leverage common platforms and resources. "We’re not emphasizing one group at the expense of another," he tells Folio:. "There’s much more opportunity in cross-pollination and breaking down silos—the commonality of platforms, the cross-pollination of content sites."

Marcom adds that merging the tech titles into the gaming group makes sense in that there are some content parallels between the titles.

According to company financials for the fiscal first half of 2011, the Technology group’s revenues dropped from $8.3 million in first half 2010 to $7 million in first half 2011. The group’s contribution between the periods, however, lost 50 percent, falling from $1.4 million to $.7 million. Its margin fell from 17 percent to 10 percent. Gaming revenues for the period ($15.8 million), which account for about 50 percent of total, were flat, as was the group’s contribution ($2.3 million).