Former U.S. Ambassador and CNET Exec Buys Louisville Magazine
The regional magazine, and its site, Louisville.com, has been under the same ownership since 1993. 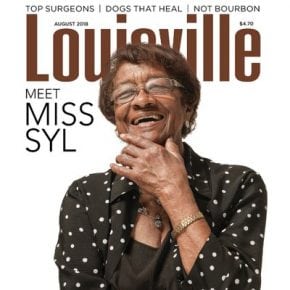 Louisville Magazine and its website Louisville.com have been purchased by former U.S. ambassador to the United Kingdom, Matthew Barzun, for an undisclosed amount. The monthly publication, which is known in its community for shedding light on often-ignored neighborhoods and stories, will be under the new ownership as of August 31.

In addition to serving as a diplomat, Barzun held executive roles at CNET Networks, including as its chief strategy officer, from 1993-2004, served as the national finance chair for Barack Obama’s 2012 presidential campaign, and is currently on the board of Gannett, Inc. and Tortoise Media.

“We have a terrific team consisting of editorially independent journalists, as well as sales and production professionals who are united in their love of our city,” said Barzun, a local investor in the community and a Louisvillian since 2001. “For me, this new chapter combines lifelong interests in publishing and journalism that have grown while at CNET and serving on the boards of Gannett and Tortoise Media, but wonderfully brings it all home—to Louisville.”

Founded in 1950 by the Louisville Area Chamber of Commerce and owned by the organization for 43 years, the regional publication was purchased by publisher Dan Crutcher in 1993 and has since been under his ownership for the past 25 years. 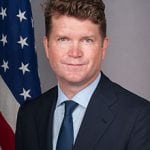 On top of the print edition, Louisville.com was later established by Crutcher and his partner Watson Courtenay in 1997. The company also publishes Louisville Bride, Fit Louisville, College Guide, EATS and Swig, in addition to operating the online ticket-sales platform Louisville Tickets.

“It has truly been a labor of love, both for producing good journalism and writing and in creating what I hope has been an informative, entertaining and useful magazine and website for Louisville,” said Crutcher in a statement. “I am so pleased that I am able to hand them over to someone as community-minded and appreciative of the magazine’s traditions as Matthew Barzun. I believe their best days are ahead of them.”