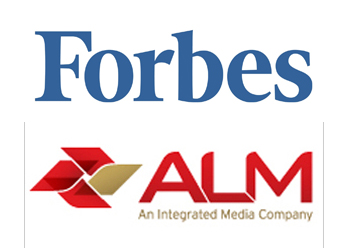 The Huffington Post and Vox Media are two that have done it in different ways, along with Business Insider and Glam Media. So has Forbes.

ALM, a b-to-b publisher for the legal community, is partnering with the latter to launch their own contributor network in the first quarter of 2014. Forbes has agreed to license its contributor platform, Falcon, to ALM for its biggest Web property, Law.com.

After developing the technology internally for the last several years, Mike Federle, COO of Forbes, says licensing it has been a recent directive. Much of the interest stemmed from a Berlin publishing conference presentation given by Lewis D’Vorkin, chief product officer at Forbes, in early 2012.

"Our strategy with Mike Perlis, when he came on as CEO, was to transform the company and look at everything through a technology filter: How do we make Forbes a technology-media company as opposed to a media company that might be using technology?" he says. "The idea of being a technology-forward media company is what got us to the place where were doing presentations like we were in Berlin. The feedback we received [from other publishers] in Berlin reinforced the idea that we could begin to sell or license the technology we’ve developed."

Federle also confirms that other major publishers including Hearst, American Media, Inc., TheStreet and Abrams Media have inquired about similar partnerships. Those companies were listed on a Falcon demo site that has since been taken down.

Forbes’s licensing pursuits have extended beyond technology of late. The company has recently entered partnerships to launch locally-licensed titles in Hungary, Vietnam and in French-speaking Africa. It has 29 international licensing agreements in total, according to its website.

Though ALM received roughly 6,700 contributions from 1,600 industry experts in 2012, the formalized network on the Falcon platform is expected to be a considerable expansion of its existing programs that will closely follow the Forbes model.

Jeff Litvack, SVP and Chief Digital Officer at ALM, says the company has "hundreds" more contributors that they haven’t been able to engage because of limited editorial resources.

Revenue behind the effort will be ad driven, but Litvack says ancillary benefits like improved SEO and brand loyalty were also factors in the move.

The contributor network launch is part of a larger overhaul of Law.com, he adds. A site redesign and an app are currently in development.