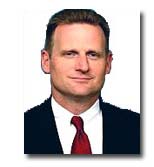 After more than two decades with the company, Greg Farrar is leaving Nielsen Business Media as president. Farrar confirmed his departure in an e-mail to FOLIO:.

UPDATE: "Having managed the trade show business through the economic downturn while also divesting some of the publications, Greg feels he has accomplished his goals at Nielsen and decided it is the right time to seek greater opportunities," a Nielsen spokesperson said.

Nielsen does not have plans to name a replacement for Farrar as president. Farrar will remain with the company for a "transition period" andadvise the company’s remaining publishing assets not associated with atrade show. After that, Andy Bilbao, senior vice president of brand media, will oversee those publications while the company evaluates "strategic alternatives."

Farrar [pictured] was appointed president of Nielsen Business Media in November 2007. Prior to that, he served as COO. Over the years, Farrar held several titles within The Nielsen Company (formerly VNU), including president of the VNU Expositions group.

Check back to FOLIOmag.com for updates to this story.