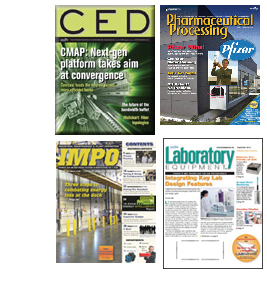 BPA has released probationary statements for eight Advantage Business Media  titles. The June 2009 audits came under scrutiny when it was discovered that some recorded telemarketing calls done by an India-based vendor for controlled circulation requests did not match the individuals noted in the records.

According to Advantage Business Media CEO Richard Reiff, the discrepancies came to light early this summer. "We met with the BPA and sat with the executive committee and talked it all through," he tells FOLIO: sister title Audience Development. "The bottom line is Section 10 of their bylaws is very clear. If calls are falsified, this is the deal. That’s just the way it is."

Five of the eight titles will have to reduce their total qualified circulation for the 12 months ending in the June 2009 report by amounts ranging from about 1,200 copies to 4,800 copies. Other adjustments will be made to one-year personal and direct request categories.

The titles on probation are Industrial Maintenance & Plant Operations, ECN, Laboratory Equipment, Medical Design Technology, Food Manufacturing, Chem.Info, CED and Pharmaceutical Processing. The probationary period is expected to last until a successful completion of the December 2010 audit. According to BPA, the probation could end earlier if the issues are cleared up before then.

How Did It Happen?

Reiff was unable to pinpoint exactly how or why the recordings were faked. The names and demographics of the individuals were legitimate, only the recordings were tampered with. "The only thing I can think of is [the vendor] completely lost all of his records somehow. I can’t understand any other reason they would do that because they had all the demos."

Nevertheless, the requalification process will most likely cost Advantage an additional $500,000 in costs, Reiff estimates.

Reiff is pursuing the matter through litigation and declined to name the vendor for legal reasons.

As the company began requalifying the names it also immediately reached out to its advertising base to keep them apprised of the situation. "We said we’d basically been victims of a telemarketer who falsified validation recordings. And we wanted to tell them about it before they heard from our friendly competitors, or from the business press. To a person they were absolutely understanding."