Face Up Online: Billboard
An old-school trade schools us on multiplatform design. 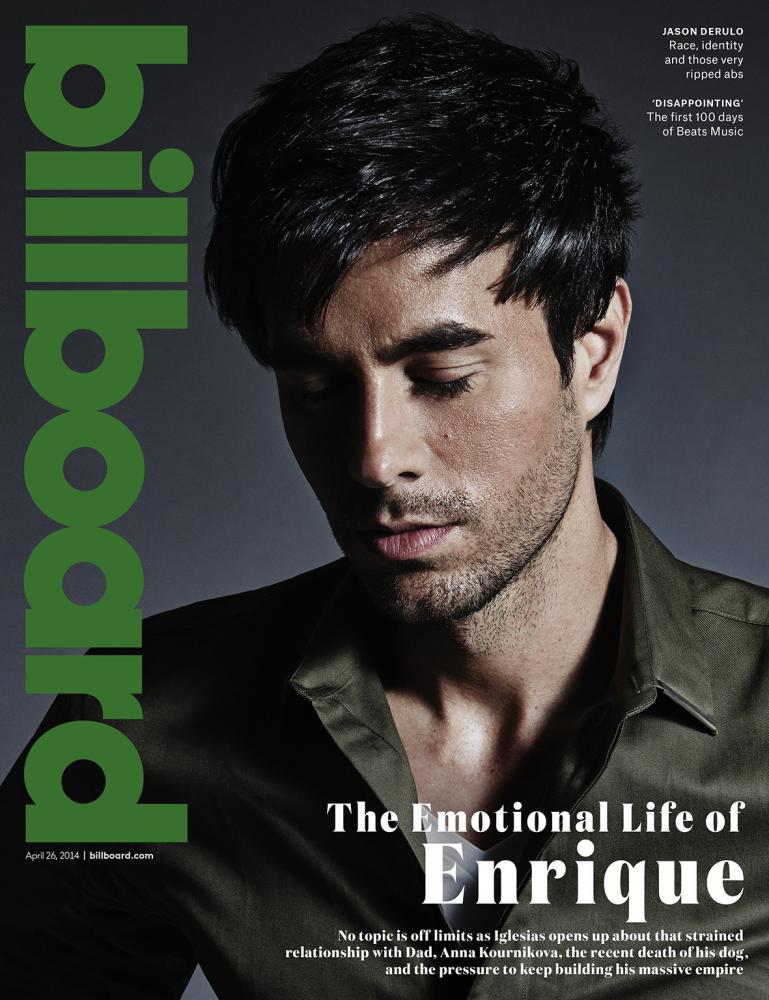 You wouldn't expect something as simple as the April 26, 2014 cover of Billboard to be groundbreaking and envelope pushing, but that's exactly what it is. The cover features a cool photograph of singer Enrique Iglesias, sleek, minimal cover typography and a bold, poster-like logo; it's highly original, extremely artful and a crowd-pleaser all at the same time (I know because I checked with my 13-year-old daughter who is a big Enrique fan).

Most magazine covers, and especially trade publications, tend towards a standard formula with lots of typographic and graphic devices to grab the readers' attention, and crisp, sharp photographs with riveting eye contact. This cover has none of that; it even flaunts a big green logo in stark contradiction to the magazine urban legend that "green is death on the newsstand." 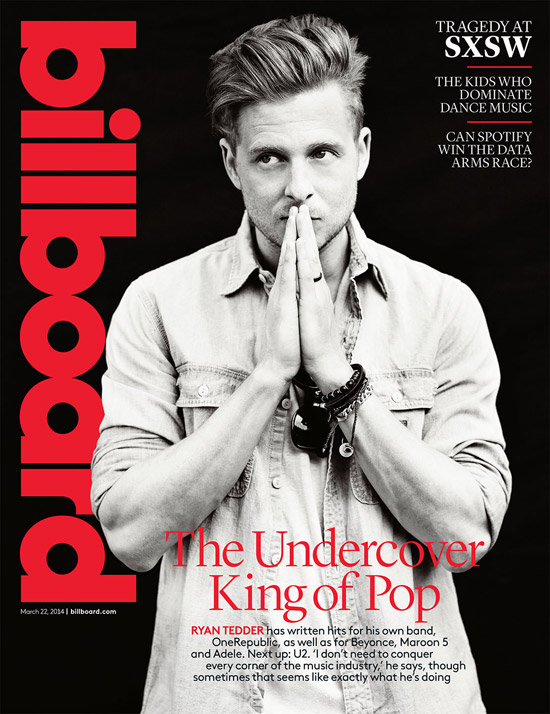 Since their cover redesign earlier this year, led by creative director Shanti Marlar, Billboard has been aggressively pursuing more creative photography, with very sensual color tones and poster-like framings. This is their eighth cover since the format change, the second under new design director Rob Hewitt and, to my eye, it's the strongest to date.

The photograph of Iglesisas by David Needleman is dark and moody, with his face in shadow and his eyes looking down away from the reader. It's a powerful portrait, intimate and sexy. And the cover typography is very sparse and understated, letting the strength of the overall design rest on the photograph and the graphic logo. 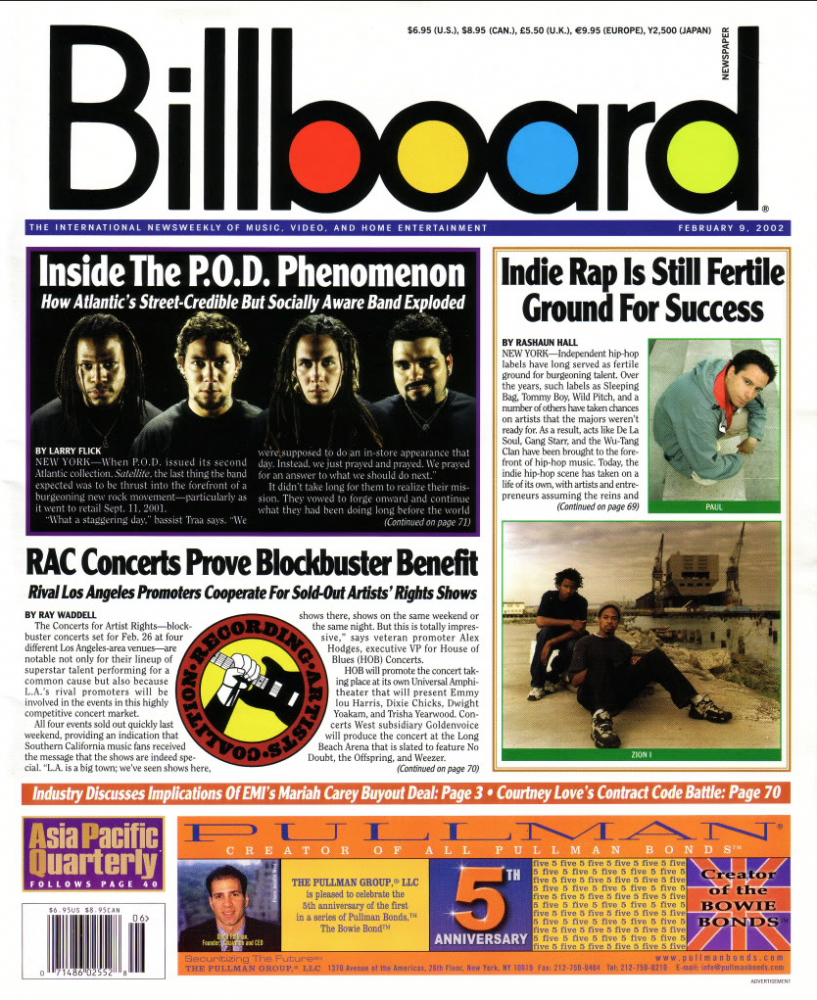 Just 10 years ago, Billboard still lived up to its trade magazine reputation on the cover, with a newspaper-like design that was occassionally broken up with special large photo designs. For much of the time since then, the covers have featured creative, aggressive, rock ‘n' roll design, with a heavy nod to the look of magazines like Rolling Stone and Entertainment Weekly. The design exploded off the pages, bursting with distorted typography and huge amounts of cover lines. They were pop, and they popped! A cover redesign in early 2013 led by then-art director Andrew Horton eliminated the classic, multi-colored logo for a new, smaller treatment, combined with more subdued cover typography and sophisticated photography.

See examples of those covers here. 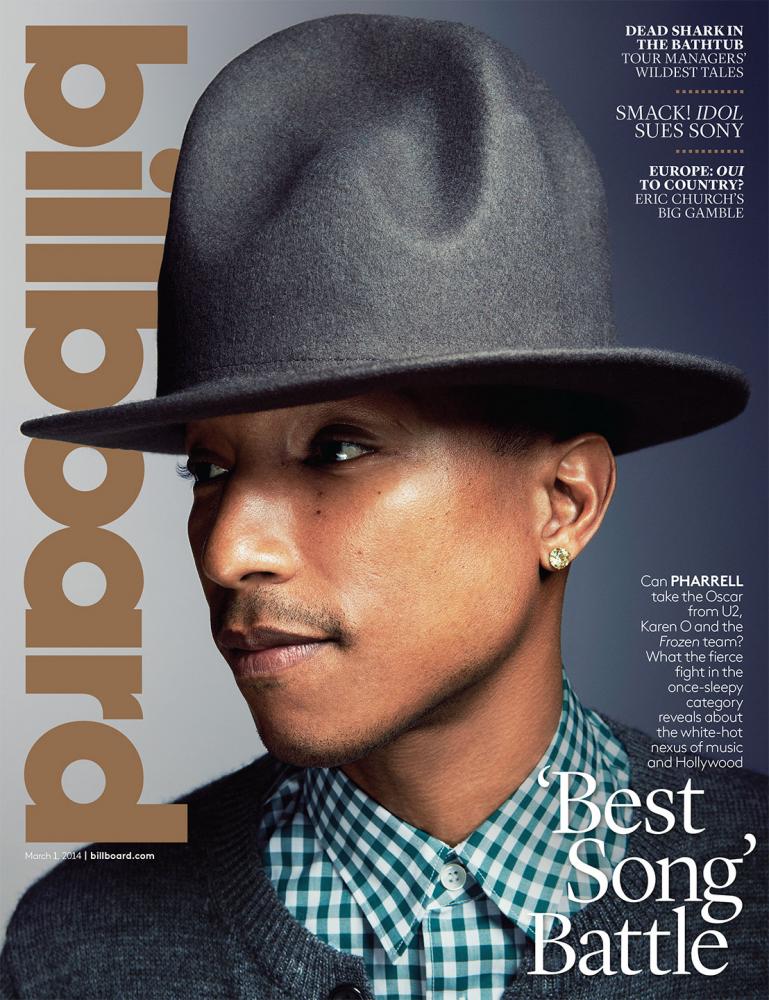 When the vertical Billboard logo was introduced earlier this year I was dubious about its long-term status. My first reaction was that it was a nice gimmick that wouldn't last. Plenty of magazines have added nontraditional tilts and positionings to their logos, and about 99.99 percent of them revert back to "normal" in short order after readers, marketers and subscription mavens amply complain. But now, I love it. The logo frames the cover like a poster; it's an acknowledgement that for a magazine like Billboard, the image on the cover is most important–especially as it travels across multiple platforms. The concept of newsstand sales as the driver for the cover design is no longer valid; the most effective covers work as images on Twitter, iPads, Facebook, etc. And the new Billboard logo, its very modern and distinctive design along with its photography are perfectly suited for this new cover paradigm.

I watched this cover get pushed on Twitter over the past weekend and noone cared that the logo was sideways or that there weren't a lot of cover lines. It was a memorable cover of Enrique Iglesias, fans loved it, and that's what sent it flying around the internet. It's great publicity and drives interest and traffic to the brand, as opposed to selling a couple extra copies on a newsstand. 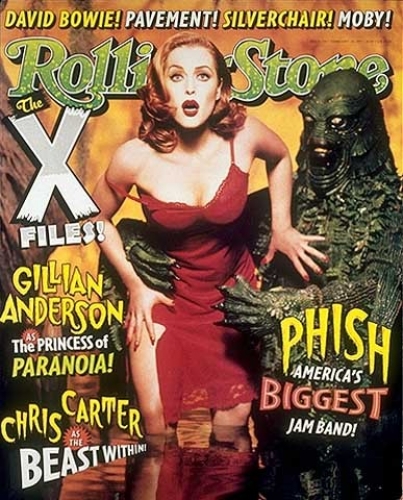 What this cover and the overall Billboard design strategy says is that the old school approach to cover making, where tiny bits of magazine material are shoehorned into every corner of the cover, stuffing it to overflowing with photos and teasers, is no longer applicable. This is a cover design that recognizes the multiplatform, viral, instantaneous nature of the times, and that's what makes it so successful and so exciting. Other magazines should take note: an original, distinctive, contemporary cover design is the best way to visually revitalize your brand. There was a time back in the 1950s, when trade magazines were art directed by some of the most talented folks in the business (Walter Allner and Bradbury Thompson are just two), who approached the publication covers as part of the overall corporate packaging branding and design. This new set of Billboard covers is firmly in that tradition.

My enthusiasm for the big-picture aspects of the Billboard design should not obscure the good work that went into this particular cover, both in terms of the crafting and creation of the photograph and the detailing of the typography. It's a refreshing and energizing graphic step forward, and as my daughter Lillian says, "it looks so cool!" 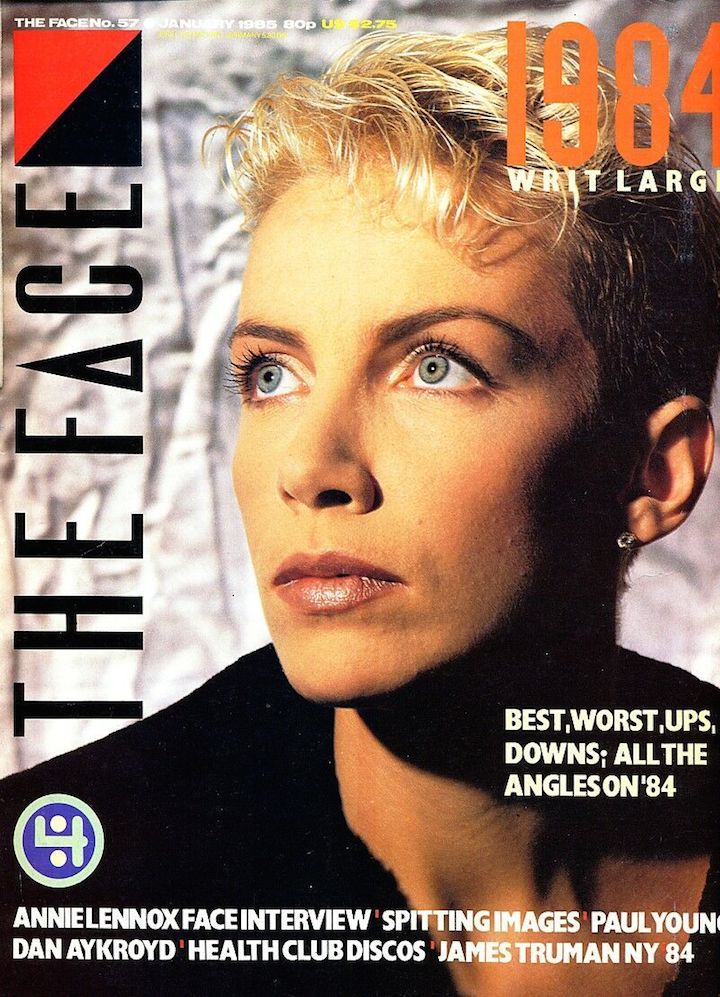 UPDATE: Thanks to art director/illustrator Andrew Skwish for pointing out the similarities in overall tone between the current Billboard cover and covers of The Face in the 1980s, when it was designed by Neville Brody. The Face even had a short-lived experiment with a vertical logo! This era of The Face (the cover pictured is from 1985) was one of my favorites, and a huge influence on me and many other art directors. This makes me like the new Billboard design even more.