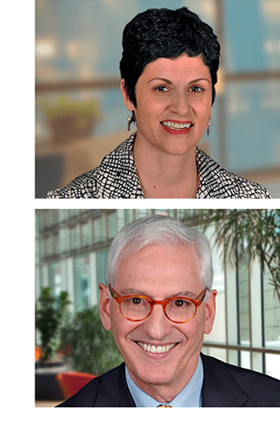 Hearst-owned CDS Global has announced that it’s promoting COO Debra Janssen to president and CEO. Her appointment is effective immediately. Former chairman and CEO Malcolm Netburn will continue on in his chairman role.

The leadership change signals the continued evolution of CDS from its magazine-based fulfillment roots. As magazines have veered into other revenue-generating strategies that have less to do with the print products, many of the traditional service providers have had to pivot as well—in many cases seeking opportunities in new markets.

Indeed, Netburn has often stated that CDS excised the word "fulfillment" from its corporate vocabulary.

It’s a balancing act going on across the fulfillment market, with most of the other providers also aggressively developing new, more customized, technologies even as they continue to provide print-based blocking and tackling services that so many magazine publishers still require.

Janssen’s promotion shines a light on the importance data, analytics and new transactional models have taken on. She joined CDS in 2012 from MasterCard Worldwide where she was group executive of integrated processing solutions and managing director of Access Prepaid.

Netburn and Janssen have led the development of new database and analytics products while breaking into the non-profit and association markets, securing clients such as the American Red Cross, American Heart Association and the Salvation Army.

"Debra has a deep understanding of data, years of complex payment processing experience and an eye towards innovation, all key drivers of our growth strategy," says Hearst Magazines president David Carey, who, along with Hearst Magazines executive vice president and GM John Loughlin, announced the executive change.

Going forward, Netburn, who joined CDS in 2007 as chairman and CEO, will operate in a strategic role while developing business with new and existing customers.