EWIP‘s annual Exceptional Women in Publishing conference was held earlier this month in San Fancisco. The event marked its fifth anniversary, while the organization itself notched its fifteenth year in operation. 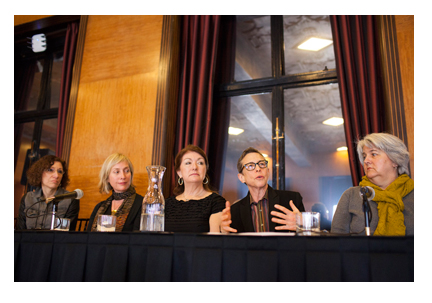 According to organizers, more than 250 attendees were on hand to listen to sessions lead by speakers such as AllThingsD’s Kara Swisher and keynoters Liz Schimel, chief digital officer at Meredith, and KALW Your Call host Rose Aguilar.

This year’s recipient of the Exceptional Women in Publishing Award—the 15th annual—was Deanna Brown, who just prior to the event announced her departure as CEO of Federated Media Publishing.

Brown took the opportunity to announce her new venture—Digital Scouts, which she described as a talent agency for content creators.