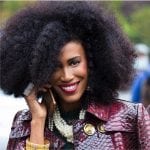 Essence Communications is expanding its C-suite with the addition of two new roles, as well as the promotions of president Michelle Ebanks, to CEO, and general manager Joy Profet, to COO. New roles include the positions of chief content & creative officer and chief digital officer, which will be filled by Moana Luu and Darline Jean, respectively. These appointments are all effective immediately.

Luu joins the brand from Trace Media Group, where she served as chief creative and brand officer. In her new position, she will be tasked with directing the creation and sharing of content across all of Essence’s platforms, work to develop the creative vision of the brand, and oversee the editorial and creative teams. She will report directly to Ebanks. 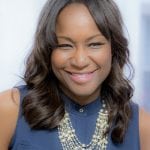 Jean most recently served as the chief operating officer for PulsePoint, a programmatic advertising technology company. As chief digital officer, she will lead an expansion of Essence‘s online offerings, and will also oversee digital revenue operations, audience development strategy, digital syndication and distribution, e-commerce and product development, reporting to Ebanks.

“As we’ve continued to assess the needs of our business and our team, it became clear that a critical part of this transformation was creating a c-suite that allows us to meaningfully invest in the areas most critical to our future across content, creative, digital, commerce and technology,”  said Ebanks in a statement. “As well as to create a space where Black women can consistently have opportunity and see themselves at the highest levels of business.” 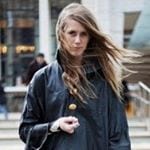 Meredith Corp. announced that Liz Doupnik is the new executive editor of SHAPE.com and Dara Kapoor is the new executive editor of Health.com. Both appointments are effective immediately and both will report directly to Amanda Wolfe, senior director, content strategy of the Health and Parents verticals. In their new positions, Doupnik and Kapoor will be responsible for managing the editorial and social teams for each of their respective brands.

Doupnik was most recently the deputy editor of strategic content development at WWD and prior to that, she was the digital fashion editor for StyleCaster and Seventeen. Kapoor has over 15 years of experience working in media including working for brands like Babble and Conde Nast Traveler, and is joining Meredith from CoveyClub where she served as a consultant on digital strategy and operations.

Special projects director Ruthie Friedlander announced her departure from InStyle last week, shortly after longtime editor Kahlana Barfield Brown announced she, too, is leaving the brand. Friedlander had been at the magazine for two years and prior to that, she served as the deputy editor of Elle.com.

Currently, Friedlander is continuing in her capacity as the co-founder of The Chain, a non-profit peer support network for women in fashion and entertainment industries who struggle with eating disorders, which she has been working on since the start of this year. 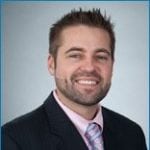 James Hanson was appointed as the first publisher of Government Executive Media Group’s tech-focused brand Nextgov this week. Hanson is joining the brand from ConnellyWorks where he served as managing director, and in his new role, he will be responsible for leading business development, product planning, and client relations for the government contractor technology community. He will be based in the Washington, D.C. office and will report directly to GEMG CEO Tim Hartman and president Constance Sayers. 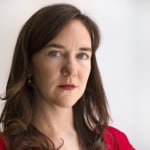 “Slate’s journalism and its team have never been stronger, which makes it both harder and easier to leave,” Turner said in a tweet. She continued that Lowen Liu will become acting editor-in-chief and will work with executive editor Allison Benedikt and writer and editorial director Josh Levin to “plot the magazine’s coordinates.

Former ESPN anchor and reporter Jemele Hill is joining The Atlantic as a staff writer and will be based in the Los Angeles office starting next week. In her new role, she is tasked with covering controversies in the sports industry, including both race-related and political topics, for the brand’s website and magazine.

The hire comes shortly after Hill accepted a buyout from ESPN after serving 12 years as a columnist, sideline reporter and as a host of “SportsCenter,” with two years left on her contract. In an interview with the New York Times, Hill stated that her departure was “amicable” and that ESPN was aware of her “desire to do things beyond sports.” 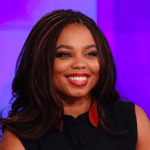 In a statement from The Atlantic’s EIC Jeffrey Goldberg, he said that the brand was drawn to Hill because of “her deep commitment to reporting,” and that “there are a million stories to be uncovered at the intersection where sports, race, money and politics meet, and Jemele is the exact right person to do this uncovering.”

Paul Hodkinson was tapped as editor-in-chief of ALM’s UK-based Legal Week. Starting in mid-December, Hodkinson will work to drive the brand’s digital growth strategy and oversee the online transformation of the publication as it’s added to ALM’s common CMS, Law.com. Most recently he served as deputy editor of Dow Jones’s Financial News, but earlier in his career, he served as a reporter and news editor for Legal Week from 2002 and 2008.

Forbes tapped USA Today’s tech and science editor Laura Mandaro as its San Francisco-based assistant managing editor for technology and innovation. Starting on Oct. 29, Mandaro will take over for Mark Coatney, who has held the role interim since Miguel Helft left the position earlier this year, and she will be tasked with hiring additional writers to cover the tech industry. 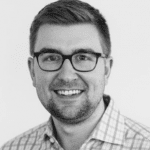 D Magazine announced two recent appointments to its editorial team. Shawn Shinneman is moving from his role as senior editor of D’s business and economy vertical, D CEO, where he ran its healthcare blog, and is taking on the role of online managing editor for news at D. In this new position, he will report on and edit for the brand’s local news blog, FrontBurner, and will also focus on SEO strategy and scheduling print content. He is taking over for Alex Macon who departed the magazine in August and is now an editor at Pace Communications.

Natalie Gempel also joined D as the new online arts editor from PaperCity Magazine where she was the Dallas digital reporter and social media editor. She will be running the arts section and covering everything from profiling local artists to sharing goings-on in the city. 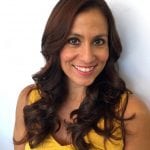 Monique Kakar was promoted to AMG/Parade’s SVP/chief marketing officer, digital and in her new role, she will oversee the planning and execution of the company’s digital marketing initiatives in order to reach target audiences and appeal to brand advertisers. Kakar was most recently the VP of corporate marketing and video solutions at the company and was tasked with managing the brand’s partnership with the Made in Network, something she will continue doing in her new role.

Greg Kaufmann is rejoining the Nation as a contributing writer with a focus on poverty. Kaufmann wrote the magazine’s “This Week in Poverty” series from 2011 to 2013 and most recently was a senior fellow at the Center for American Progress. 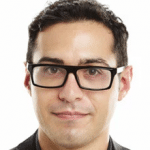 Christian Blauvelt was tapped as IndieWire’s new managing editor with oversight of film and television news. He most recently was at BBC Culture as deputy editor, but also made several appearances on TV as an awards show analyst, as well as authored two books on the Star Wars films.

And Tambay Obenson is joining the brand as a staff writer covering African-American film and television. He is a writer and filmmaker, as well as the founder of  independent film distributor Voyager Film Company, which focused on promoting independent film by and about people of African descent. Both Blauvelt and Obenson will report to Kohn.

Oliver Staley was promoted from senior reporter to deputy finance editor of Quartz this week. He will report to global finance and economics editor Jason Karaian and will be editing Quartz’s new cryptocurrency newsletter, Private Key.

Slate hired Mary Harris to create its new daily news podcast. She most recently served as a host of WNYC’s “Only Human” podcast.

Diana D’Abruzzo left her position as Politico’s home-page editor this week and is becoming a full-time freelance copy editor.

Highsnobiety named Herbert Hofmann, former German-based retailer Voo Store’s head of buying & creative director, as its first creative director of commerce. He will work to create a new type of e-commerce model for Highsnobiety using the brand’s range of storytelling and communications channels and network of creative partners and influencers.