Entrepreneur Settles Lawsuit with Former Editor
Lesonsky: “I was being bullied.” 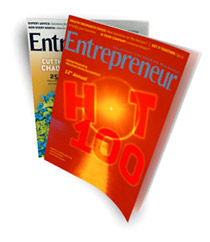 Entrepreneur Media has come to an agreement with former longtime editor Rieva Lesonsky regarding a lawsuit it filed against her this fall alleging she stole its Franchise 500 ranking concept.

The settlement, filed this week in central California’s southern division of the U.S. District Court, says that Lesonsky and AllBusiness.com are prohibited from calling their yet-to-be-launched list the “Franchise 300,” or any other “phrase that is confusingly similar” to Entrepreneur’s Franchise 500.

No financial claims were mentioned in the settlement. Each party is responsible for its individual legal fees. In addition to Lesonsky, AllBusiness.com and another former Entrepreneur staffer were named as defendants.

“This, I believe, goes to show that I didn’t steal anything,” Lesonsky told FOLIO: Friday. “I feel like I was being bullied by Entrepreneur, which I know other entrepreneurs have gone through. This is just another David versus Goliath story.”

When asked for comment, an EMI spokesperson said all parts of the lawsuit "have been resolved to our satisfaction."

After resigning from her longtime post as editorial director in April, Lesonsky formed marketing communications company SMB Connects and was hired at AllBusiness.com as editor-at-large. SMB Connects is a network that puts small business together with government agencies and organizations.

Since the U.S. Patent Office granted a trademark on the word entrepreneur to EMI in the early 1980s, the company has fought aggressively, often in court, to protect that trademark. Earlier this year, auditing firm Ernst & Young sued EMI over its Entrepreneur of the Year contest to which EMI filed a counter suit. EMI has also had ongoing legal wranglings with Scott Smith since the 1990s when the company sued him over Entrepreneur PR, the name he gave his California public relations firm.

While Lesonsky declined to say what new names are being considered for the list, she said it is expected to be published in early February. “My little company will continue to work with other companies to help launch and grow their businesses,” Lesonsky said. “The bottom line is that we have a list coming out and this lawsuit doesn’t stop that.”