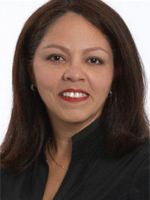 Takeaway: With a combined circulation of 2.4 million, Meredith’s Hispanic Media division is seeing its market influence spread throughout the company.

Vega-Amaez says and rate bases have been steadily increasing, but mobile and digital are two crucial areas where the brands’ audiences are having a major impact throughout Meredith Corp. The group has its own marketing services group, Meredith Hispanic Ventures, that is seeing its influence spread into the company’s other divisions. “We’re seeing Hispanic marketing and media infiltrating Meredith across all the divisions,” says Vega-Amaez. “We’re involved with our video studios, with Meredith Xcelerated Marketing and the Parenting network to really expand the footprint of the Hispanic market.”

She notes that 11 percent of Meredith Digital’s 50 million monthly uniques are Hispanic, per comScore numbers. The trends are pointing to a rapidly diversifying marketplace that’s blurring the lines across what used to be more definable segments. In other words, Vega-Amaez says, all of Meredith’s divisions are now in some way serving the Hispanic market. “Part of what I’m doing these days is working across all of Meredith’s divisions helping them maximize our footprint in the Hispanic market.”

BACK TO INDUSTRY INFLUENCERS