Edelman’s Rubel: Get Ready for a New Era of Hybrid Media
‘There’s media in your social and social in your media.’ 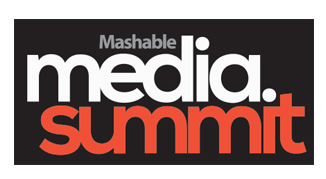 If traditional marketers are like zebras, and media companies are like elephants, then the media world of the future will be nearly completely mixed up, creating “zebelephants,” said Steve Rubel, EVP/Global Strategy of Edelman.

Rubel, speaking at the Mashable Media Summit in New York last week, described a world where marketers and media companies have taken on the characteristics of the other, and where media companies, in order to thrive in a new environment, need to embrace the new structure.

The Mashable Summit looked at the impact that technology is having on media from several angles, and attracted a range of professionals in several sectors, including technology, advertising, media and marketing.

“It used to be you could easily discern what media is and what marketing is,” Rubel said. “That’s changing.”

Edelman created a visual representation called the “Edelman Cloverleaf” to illustrate the changes in media. Each of the four leaves has a different kind of media: Traditional, hybrid, owned, and social. “Now you can’t tell where one ends and the other begins,” Rubel said. “There’s social in your media and media in your social. The problem is that the business models have not yet caught up.

For more on the Mashable Media Summit see:

Hearst: Making Headway on Mobile but Still Bullish on Print