Under Newly Elected Chairman, Ebony Board Ousts CEO
Citing "unauthorized transactions" as cause for removal, Ebony says it will now seek to resolve a class action lawsuit brought by former staffers. 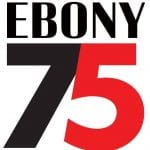 The board of directors at Ebony has removed CEO Willard Jackson, the magazine said Sunday, citing an ongoing independent investigation into “a number of transactions that Jackson led.”

Jackson, a co-founder and vice chairman of Clear View Group (CVG), the private equity firm that acquired Ebony from Johnson Publishing in 2016, had been serving as Ebony‘s chairman and CEO since last year.

The board’s decision to remove him, however, was made under newly elected Ebony chairman Jacob Walthour, the co-founder and CEO of Blueprint Capital Advisors, which became senior lender to Ebony Media Holdings in late April after taking over for Parkview Capital Credit, the investment management firm that had financed CVG’s 2016 acquisition of the magazine through a series of loans.

“We took over Parkview Capital Credit on April 29, and then I immediately went on the board in May,” Walthour told Folio: on Monday. “Our first board meeting was when we started asking a lot of questions.”

Walthour didn’t share many specifics on the decisions that precipitated Jackson’s removal as CEO, but said there were “a number of transactions, both corporate and personal” that raised concerns. Clear View Group did not respond to a request for comment, but Walthour confirmed that CVG’s chairman, Michael Gibson, remains on the Ebony board.

“At this stage in the inquiry, we felt like there was enough ‘there’ there to affect a leadership change,” Walthour said. “A lack of transparency was part of it. More troubling was a failure to follow the process and protocol of the company. There are certain transactions that require board approval and there were a number of unauthorized transactions that we found that had never been vetted or approved by the board.”

At least two of the transactions in question concern Robert Shumake, a Detroit businessman who was named in a June press release as chairman and CEO of the Ebony Foundation, which identifies itself as the “the national nonprofit arm of Ebony Capital Partners, LLC,” but isn’t referenced or mentioned anywhere on Ebony‘s website and was previously known as the International Human Rights Commission Foundation prior to registering a name change last August, according to Georgia state records. 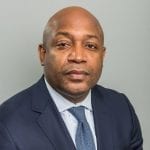 Next, the board will be conducting a review of “all aspects of the business—which businesses we will continue to be in, which ones we will exit, and which ones we’ll pursue going forward,” Walthour said. “We’ll look at how the organization is managed, how it is operating and how it is doing from a financial perspective.”

Evidence of financial turmoil at Ebony has abounded in recent years, including multiple rounds of layoffs, a 2018 settlement with the National Writers Union after several-dozen freelancers accused the magazine of failing to compensate them for their work (delays which CVG blamed on “legacy business issues” carried over from Ebony‘s prior ownership), and a class action lawsuit brought by former employees in the Southern District of New York in September, accusing CVG of “engaging in a consistent pattern and practice of laying off their staff and failing to pay them their final wages.”

In late April, Ebony Media Operations was approved for a PPP loan worth between $150,000 and $350,000, according to data released this week by the U.S. Small Business Administration, but in June, former social media director Joshua David told The Root that Ebony‘s entire remaining online editorial team was let go after threatening a work stoppage in response to a notice that their paychecks would be delayed.

“There is no question that Ebony is in need of a makeover in order to be around for the next 75 years,” said Walthour. “I think you have a board that is now a majority new members, who understand the value and the legacy of Ebony, who have the ability to bring new capital sources to the table, and we’re looking forward to putting the company in a position to get some of those capital sources involved.”

Among the board’s immediate priorities will be resolving the class action lawsuit in New York.

“I think the board would like to start thinking of creative ways to bring the litigation to an end and start to pay people during a time when all of us need financial resources to live,” he said. “At the time that I came on the board two months ago, the company was really doing nothing as it related to that particular litigation.”

A likely casualty will be Ebony‘s print edition, which has now been on hiatus for more than a year. The magazine’s 2020 media kit includes an introductory note explaining Ebony‘s decision “to lean into a ‘digital-first’ strategy” this year amid disruption in the publishing industry and an increasing cost of operations.

“It is highly unlikely that Ebony returns to the print business the way it had historically. More than likely, we will do special issues around a specific topic or individual or group of individuals,” Walthour said, citing the magaizne’s upcoming 75th anniversary print edition. “But in all likelihood, we will not be returning to issuing 12 publications a year.”

In the immediate term, Walthour says Ebony is in no rush to name its next CEO, comfortable allowing an operating committee to manage the business before making an external hire.

“We really need the right CEO, that has a combination of real business skills and a substantial media background,” he said. “At the end of the day, part of the reason why Ebony is where it is is because it has not changed as the industry has changed. We need to make up for lost time.”