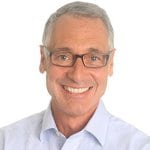 Doug Manoni, who stepped down as CEO of SourceMedia last spring after eight years in that role, is back with a new venture aimed at providing business intelligence to the cybersecurity market, the longtime b2b media exec announced Monday.

“The increased sophistication of cyber-criminal activity is staggering,” Manoni tells Folio:. “It’s become a strategic issue for every corporation, government agency, university, or organization alike. The pace of investment and growth is unprecedented, and it’s not going to slow down.”

Manoni—who founded Wicks Business Media in 1999 and ran it for a decade before moving to SourceMedia—says that after researching the market, he envisions a customer base comprised of security practitioners like chief information security officers, CEOs, and CIOs, but also the rapidly expanding sector of technology companies and solutions providers that have sprung up to support them. 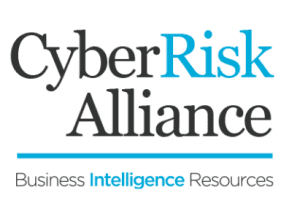 CyberRisk Alliance will serve as a holding company, Manoni says, under which he plans to either build or acquire platforms for digital media, data and research, events, marketing services, peer networks, training and certification programs, and “security awareness services”—essentially resources to help practitioners train their employee bases.

“There’s heightened awareness, and there’s great demand for information resources, training, and a myriad of specialized services,” Manoni continues. “In addition, all of these conditions have manifested themselves into this rapid proliferation of technology and other product innovation, which require significant traditional and advanced marketing services.”

No growing sector comes free of competition. Reed Exhibitions’ InfoSecurity has provided media, events, and networking to cybersecurity professionals on both sides of the Atlantic for more than a decade, and IDG’s CSO has similarly made IT security a focal point since its launch in the early 2000’s. On the b2c side, Wired has featured a dedicated cybersecurity vertical since 2012. But Manoni says his startup will aim to differentiate itself by leaning heavily on contributions from the executives and industry practitioners that will populate its advisory boards and peer-to-peer councils.

“It probably sounds like an existing company, but it’s not,” Manoni insists. “We would be the first to assemble a portfolio of these services with a level of diversity and scale that doesn’t currently exist. There isn’t a company that has in its portfolio digital media, research, and other time sensitive information, a diversified event platform, security awareness services, training and certification, and the curation of community discussion. It will make us unique.”