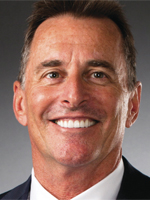 Takeaway: Video is the way forward for Bonnier after a series of tough decisions focused on the future.

Just a few months into his tenure as CEO, David Freygang was forced to pare down Bonnier Corp. by almost a third. The company was active this spring as it went from 45 brands to 32 and from about 950 full-time employees to 650.

Even some successful titles that didn’t show promise in digital products were jettisoned, looking to the future.

“In Parenting [Parenting was sold to Meredith for an undisclosed sum], we had great stats [in print],” Freygang says, noting that the brand was second in the print marketplace, but just fifth in digital. “[We] just didn’t see an opportunity to get that brand toward the top of the pack [in digital]. With limited resources to invest, we felt it made more sense to divest of that brand and that allowed us to invest in other areas.”

The continual churning of Parenting’s audience makes it a unique situation, but overall, Freygang says it’s indicative of the changing reader habits Bonnier will need to cater to.

From here, they’ll have to focus on building organic revenue. Video is one of the ways Bonnier will try to do that.

They’re training editorial staff, building edit bays and hiring videographers to grow inventory, but monetization is another challenge. Freygang hopes to sell at least a quarter of their inventory in-house—an “exponentially more profitable” solution than selling through third-party networks.