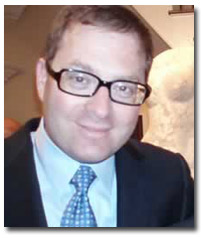 The remarks came during a keynote Q&A during the Bloomberg Media Summit in New York City yesterday. Carey [pictured] added that overall ad pages for Hearst grew 10 percent in 2010 and that the company is "bullish on the magazine medium…bullish in the U.S. but more bullish outside the U.S., especially in China and Russia."

On the app side, Carey noted that the industry is still working out the bugs ("You probably have things in your refrigerator that are older than this business," he said), most notably the issue of Apple sharing customer data and the fact that many print issues are available on the newsstand before iPad editions are ready.

Customer demand is falling into two buckets: those who want full enhancement with video and other rich media (typically served by the iPad) and those who just want a PDF of the magazine (typically served by Zinio and Nook, according to Carey). "We’re learning that there’s almost like an HD customer and the standard definition customer, and we have to make sure we develop the right products for both," Carey said.

And with different types of customers (and devices) comes the need for different types of subscription points, says Carey. "The way magazines have traditionally approached circulation pricing is like that old Henry Ford line, ‘You can get it in any color you want as long as its black.’ What the new technology enables us to do is to recognize that we have a core reader that might pay five or ten dollars a month for our products, but that’s not everyone."

But with a magazine like Popular Mechanics, Carey wondered whether there was a way to offer a standard $1.99/monthly subscription but also an enhanced $3.99/monthly subscription that could include special information like workplans. "For the first time we get a chance to do price segmentation in a more intelligent way," he said. "You see the way the cable companies do it–you get five different packages, from and all of a sudden you’re spending $200 a month before you know it. When presented with a tablet environment with a couple different options, some will opt for the full service, almost like your American Express Platinum card, and some people will take the Green card, and that’ll be great for us."

Tablets also put magazines are also in position to capitalize on e-commerce, according to Carey. "We have to be mindful when we look at something like the Net-A-Porter strategy," he said. "It’s kind of a fashion magazine of the future. It’s got an editorial point of view, perhaps not as strong as those that come out of the big publishing companies, but it isn’t bad, and you can buy everything on the page. If you talk to the people at Net-A-Porter or the people at Gilt, they say they’re increasingly commerce companies moving into content, and I think what you’re going to find is content companies are going to move into commerce. So you can imagine the day that 20 or 25 percent of our circulation can be in tablet form, and you see the beautiful men’s suit from Zegna available at Saks Fifth Avenue. It’s a service to the reader that they can just click on that and to be able to buy it."