David Carey Returns to Hearst in New Full-Time Role | People on the Move
A new CFO and CMO at Condé, a new EIC at Marie Claire, The Fader's president exits, a new TV critic at The New Yorker, Out's Picardi steps down and much more. 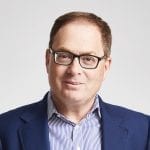 David Carey, the former president of Hearst Magazines from 2010 to 2018, is returning to the company as SVP of public affairs and communications, effective January 2, Hearst announced Wednesday.

Carey returns full-time after having spent the past year as a fellow at Harvard University’s Advanced Leadership Initiative (ALI), while also serving as chairman of Hearst Magazines. His term as chairman will expire December 31, two days before he starts in the new role, a Hearst spokesman confirmed.

In his new role, Hearst president and CEO Steven Swartz says Carey will leverage his Harvard experience to “lead efforts to enhance our contribution to our communities through our core business mission, through philanthropy and through our participation in key civic groups.”

Prior to Carey’s eight-year tenure as president, during which Hearst Magazines expanded significantly through a $900 million acquisition of Lagardere SCA’s international magazine business in 2011 and an approximately $200 million acquisition of Rodale in 2018. He was succeeded as president of the magazines division last year by Troy Young, the former president of Hearst Magazines Digital Media. Prior to joining Hearst, Carey was publisher of The New Yorker from 1998 to 2005 before being promoted to group president of The New Yorker, Golf Digest and Wired.

“My time at ALI focusing on social impact has been truly transformational, and I’m looking forward to working closely with Steve and our division leaders to amplify Hearst’s existing programs and create new initiatives to further strengthen our corporation while making a positive difference in our broader society,” Carey said in a statement. 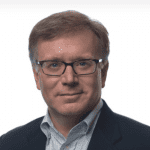 Two weeks after hiring a new chief people officer, Condé Nast announced two additional C-level appointments Thursday. Effective in January, Mike Goss has been named CFO and Deirdre Findlay has been named CMO. Both outside hires, Goss joins from Sotheby’s, where he served as EVP and CFO since 2016. Prior to that, he spent 15 years at Bain Capital, including stints as CFO, COO and head of investor relations. 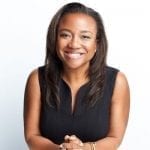 Meanwhile, Findlay arrives from the online personal styling service Stitch Fix, where she spent the past year and a half as CMO. Prior to that, she spent five years at Google, most recently as senior director of global hardware marketing. In a statement, Condé said that Findlay will be particularly focused on driving subscriptions, membership programs and other direct-to-consumer revenue opportunities. 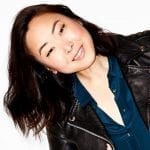 Earlier this week, Hearst announced the appointment of Aya Kanai as the next editor-in-chief of the U.S. edition of Marie Claire. Effective in January, Kanai succeeds Anne Fulenwider, who had held the role since taking over for Joanna Coles in 2012. 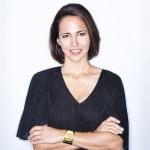 Fulenwider—who was editor-in-chief of Brides before joining Hearst in 2012 and was named editor of the year at the 2015 Folio: Eddie and Ozzie Awards during her time at Marie Claire—said in a statement that she is stepping down to launch her own venture.

Following an independent investigation into its workplace culture, The Fader announced that Andy Cohn left the magazine at the end of November after 16 years as president and publisher. Cohn had been suspended earlier in the month after a Jezebel report detailed allegations of sexual misconduct against head of content Eric Snidermann, who was fired. In the Jezebel report, current and former employees accused Cohn of failing to act on Snidermann’s behavior and “enhancing” the company’s “culture of harassment.”

“Together with Andy Cohn, we have agreed it is time for a change,” wrote co-CEOs Jon Cohen and Rob Stone in an email to staff. “As we work to determine the best path forward for our executive team, we will be taking a more active role in the management and operations of The Fader.” 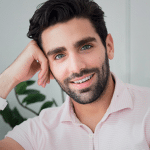 After just one year as editor-in-chief of Out magazine, Phillip Picardi is leaving the publication, he confirmed on Twitter. Prior to joining Out, Picardi spent four years at Teen Vogue, first as digital editorial director and later as chief content officer. Picardi has yet to announce his next move, writing, “I will have news to share eventually, but until then, I’m going to take some time to enjoy a life outside of magazines and editorial.” 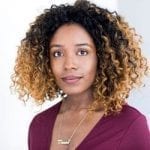 The New Yorker‘s TV critic, Emily Nussbaum, announced that she will be taking a year-long leave from the magazine to write a book on reality television, and will shift to writing essays and profiles upon her return in 2021. Doreen St. Félix, a staff writer at the magazine since 2017, will take over Nussbaum’s column going forward. Earlier this year, St. Félix earned a National Magazine Award in Columns and Commentary, after being named a finalist in the same category two years prior. 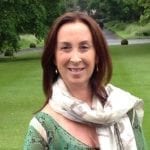 Galerie announced the hire of Beth Fuchs Brenner as president to oversee the growth of the three-year-old art and design magazine, which was launched by Hudson News moguls James and Lisa Cohen in 2016 and acquired by Sandow in 2017. Fuchs Brenner spent several years at Condé Nast in the 1990s and 2000s as VP and publisher of Self and then Domino, before moving to Meredith where she was publisher of Traditional Home from 2010 to 2013. Most recently, she was back with Domino Media Group, where spent the past six years as chief revenue officer. 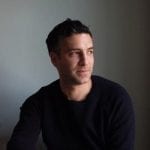 The New York Times Magazine‘s art director, Matt Willey, is leaving to join design studio Pentagram as a partner. Willey earned numerous accolades in his five years at the Times, including several from the Society of Publication Designers. He will continue to serve as the creative director and senior editor of Port, the quarterly magazine he co-founded with editor and publisher Dan Crowe in 2011.

Nylon continues to build its editorial team with the additions of Steffanee Wang as associate music editor and Tanisha Pina as beauty editor. Wang moves from The Fader where she was an assistant editor, while Pina has had bylines in Glamour, Allure, The Zoe Report and The Cut, among others, after working as a project lead at Teen Vogue.

Jennifer Barger and Anne Kim-Dannibale are joining National Geographic as senior editors as part of an expansion of the magazine’s travel coverage across platforms. Barger previously spent several years at The Washington Post, where she was the founding editor-in-chief of FW, the paper’s glossy fashion magazine, and has been a contributor to Delta Sky, Travel + Leisure, Washingtonian and WhereTraveler, among others. Kim-Dannibale arrives from Where Traveler where she spent the last five years, most recently as group editor for Washington, D.C., Philadelphia and Baltimore. Previously, she was editorial director at Washington Life magazine.