Could Bono Save AMI?
With no sale in sight, CEO David Pecker hints at search for capital. 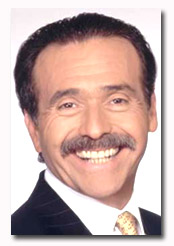 NEW YORK—With a long-rumored sale to Source Interlink seemingly ground to a halt, American Media Inc. chairman and CEO David Pecker says he’s looking at all options—including an influx of capital similar to what Elevation Partners, the $1.8 billion investment company backed by Bono, the U2 singer, gave Forbes in 2006.

“I would do that in a heartbeat,” Pecker said during wide-ranging talk at a Magazine Publishers of America breakfast in New York this morning. But Pecker declined to say if he was in sale or financing talks with any private equity firms, or to give an update on the publicly proposed sale of Weider Publications, the company he bought in 2002. (Pecker now considers the $350 million acquisition his “biggest success.” “People said ‘David overpaid.’ We didn’t. You get what you pay for.”)

For the moment, Pecker is focused on improving AMI’s financial footing while building out an events business. He pointed to the successful launch of Men’s Fitness’ Ultimate Athlete, a “seven-figure” event held in Central Park earlier this year, as a prototype for consumer publishers to follow. (Pecker says he’s in discussions with a television producer to take the event on a “five-to-ten city tour” culminating in a television special.)

For the National Enquirer and Star, a brand expansion to television would “absolutely require a partner,” similar to what TMZ.com has done in the celebrity space. Television, Pecker said, is “very expensive.”

Pecker, former CEO at Hachette, also said publishers should at least begin to consider product placement as an untapped revenue stream, although, he said, AMI has “never had that conversation” with marketers and wouldn’t want to “overpromise” without being able to deliver such editorial.

Was Bonnie Fuller Worth $2 Million a Year?

When asked directly whether Bonnie Fuller—the high-profile editor of Star who last week announced she would resign from AMI—was worth her $2 million annual salary, Pecker said he had no regrets hiring Fuller away from Wenner Media’s Us Weekly. “Looking at the competitive set, I thought it was a perfect investment to make.”

“Star was a 60-page tabloid selling on roto-paper,” he continued. “Nobody has ever changed a 60-page tabloid into a 100-page glossy magazine." Pecker added: “I can’t think of anyone I know who’s more capable and worth more dollars than her to create shareholder value for that magazine.”

What Pecker does regret, he said, was moving the National Enquirer from Florida to New York and hiring an entirely new staff from London to run the magazine. When it didn’t work out, he said, “I had to rehire the people I had let go.”

While Pecker sees more consolidation coming in the industry—the retailers are going to make that happen—he doesn’t see it happening in the celebrity category. But, he warned, wholesalers are “getting hit hard” with fuel costs, and are moving to less deliveries per week, something that will hurt magazines with weekly distribution. “They’re going to say ‘You get the product there yourself.’”

MORE COVERAGE: Fuller’s Boss on Whether She Was Worth It [Portfolio]