Starting this month, Cosmopolitan has introduced a new paid membership program, Cosmo Unlocked, and with it, a metered paywall limiting non-members to four free articles each month.

For $2 per month, members can receive unlimited access to the website, (which currently publishes about 30 new articles every day, according to EIC Jessica Pels), as well as a members-only newsletter and some online content that will be exclusive to members, including several deep-dive stories from its archives that have already migrated behind the paywall.

If members are willing to commit $20 for an entire year, however, Cosmo will throw in a subscription to its monthly print edition, which costs $12/year on its own, in addition to other perks like discounts on certain products and early access to events.

The initiative makes Cosmo the second publication in the Hearst Magazines portfolio to implement a metered paywall on its site, after Runner’s World‘s Runner’s World+ program, and it follows a similar model, albeit at a lower price point (RW+ costs $5/month for digital access or $50/year for an “all access” membership that includes a print subscription and other benefits). 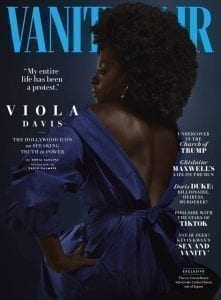 Vanity Fair‘s July/August issue—out this week, with a lead story profiling actress Viola Davis and a cover shot by photographer Dario Calmese—represents a milestone for the magazine, according to editor-in-chief Radhika Jones.

“To the best of our knowledge, it is the first Vanity Fair cover made by a Black photographer,” Jones wrote in her editor’s letter leading off the issue.

In the 35 years preceding her appointment to the role in 2017 (essentially, the collective tenures of her two predecessors, Tina Brown and Graydon Carter), Jones writes, Vanity Fair featured just 17 Black cover stars, not counting special issues or group photos. But in two-and-a-half years as editor-in-chief, Jones has included more than half that total, including her very first issue in April 2018, which featured actress Lena Waithe on the cover.

“It was something I had noticed about Vanity Fair myself, from the outside, that lack of representation,” Jones continues. “I was determined to change it when I took over as editor in chief—not just as a corrective measure but because it is my job, and the magazine’s job, to center people who are visionaries, who are moving the culture forward.”

The July/August issue of Vanity Fair drops after June saw numerous current and former employees at its parent Condé Nast accuse the company of long-standing institutional racism, including a New York Times report alleging that at least one executive within the company were uncomfortable with Jones’ commitment to diversity among Vanity Fair‘s cover subjects, worrying that it might deter advertisers from the all-important fall issues of one of the company’s flagship publications.

“No amount of praise or censure affects me, in my current role, so much as the hope that our choices might inspire a young person—a future actor, director, photographer, writer—to pursue their own creative vision or imagine themself in our pages,” Jones added in her editor’s letter. “Iconography carries influence.”

With a little more than two months to go, The Atlantic has made the call to convert is annual fall festival, slated for September 21–24, into a fully virtual event, anchored by a series of 90-minute, live-streamed headliner conversations in the evenings.

As a result, for the first time in the festival’s 12-year history, it’s completely free to “attend.”

“The Atlantic Festival has consistently been an illuminating and news-driving event of national importance,” said Jeffrey Goldberg, The Atlantic’s editor in chief, in an announcement Tuesday. “I’m very pleased that we’re able to bring our programming to a global audience this year, especially given the leading role our journalists have played in coverage of the pandemic, and of the national reckoning around race.”

The Atlantic has yet to confirm any of the speakers, interviewees or performers that will be featured at the festival, but says it’s partnered with Don Mischer Productions, which in the past has produced live-event telecasts of the Oscars, the Emmys, Super Bowl halftime shows and even Barack Obama’s first presidential inauguration.

The announcement comes about two months after The Atlantic laid off some 68 staffers, cuts that particularly impacted AtlanticLive, its live events division.