Why Do Consumer Stars So Often Fail To Shine In B-to-B?
Michael Wolff, Richard Beckman are latest examples. 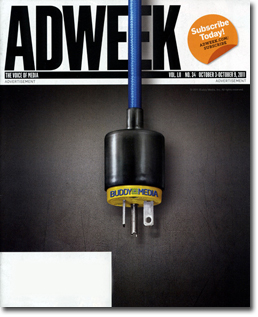 Let’s face it: b-to-b publishing is considered the weak sister to consumer publishing by many in the industry. So why do so many consumer side vets struggle when they make a go at b-to-b?

Richard Beckman brought a lot of attitude as CEO of Prometheus Global Media, promising to revamp the media/entertainment brands (including Adweek and The Hollywood Reporter) that the company had purchased from Nielsen Business Media with a consumer-mag edge.

That attitude was shared by Beckman’s big name editorial hires Janice Min ("I guess it shakes the system out here that a so-called trade would dare to break news that wasn’t spoon fed. Well, people had better get used to it," Min told The New York Times last year) and Newser founder and Vanity Fair columnist Michael Wolff (who told FOLIO: of the revamped Adweek, "All we’re doing is going to the marketplace and saying, ‘You were OK with a crappy product, now how can you not be even more enthusiastic about an obviously better product?’)

Now Beckman has been relieved of day-to-day duties and Wolff is out at Adweek amid reports of clashes with Prometheus Global Media chairman Jim Finkelstein. (For a former Adweek editor’s brutal take on Wolff making a habit of "failing upward," click here. One publisher said to us, "It couldn’t happen to a nicer guy.")

Adweek remained an aggressive news breaker under Wolff and walked the line between hard news and vanity publishing (Top 10 Technologists, Top 10 Digital Media Buyers) but Adweek in some ways didn’t distinguish itself from the coverage in consumer publications. "Michael created some interesting content at Adweek, and I loved his coverage of Rupert Murdoch," MediaPost’s Joe Mandese told The New York Times. "But I could read that in New York or Vanity Fair."

Attempts at "consumerizing" b-to-b brands aren’t anything new. Years ago, FOLIO: went through its own failed "New York media scene" repositioning. In 2007, Doubledown Media–headed by journalist and entrepreneur Randall Lane and Jim Dunning, former owner of the Ziff Davis magazine group (who said, "We don’t view ourselves as a trade magazine")–took the financial markets by storm with titles like Dealmaker and Trader Monthly that boasted fat books, killer events (such as the Wall Street Boxing Charity Championship, in which traders got to square off in the ring) and legendary parties ("Have you ever been to one of their parties?" a senior publishing executive at a competitive company told FOLIO: at the time. "If you get invited to one, get an invite for me.")

Two years later the market turned and so did Doubledown, which ran out of money and folded in February 2009.

When Beckman first announced his plans to "consumerize" Adweek and The Hollywood Reporter, I thought "Uh oh" but over the last few months I had to admire what he tried to do (and the investment he was willing to make). It was a welcome change from the razor thin margins and assembly line content forced on so many b-to-b titles.

The b-to-b world has plenty to learn from the consumer side in all facets of the game and there is no reason a b-to-b magazine shouldn’t be a polished, entertaining read. But you can’t escape the fact that the trade magazine exists to help business leaders make business decisions. Useful trumps sexy.

If the b-to-b world can combine the attitude, polish and investment of the consumer side without forgetting its ultimate mission, look out.