Condé Nast Pulls Investment from FarFetch Over Management Concerns | Industry Notes
Industry Dive invests in banking and other notes from around the industry. 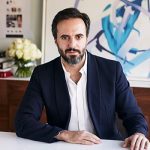 Condé Nast pulled its nearly $300 million investment in the London-based luxury fashion retail marketplace FarFetch, following concerns about the management of the platform.

Founded in 2008 by Portuguese billionaire José Neves, who now serves as the company’s CEO and co-chairperson, FarFetch received an early investment of £234 million ($293 million) from Condé, and in 2017, entered into an affiliate link-based partnership with the publisher in return 6% of its shares.

But the publishing house, according to The Times, was disconcerted by the amount FarFetch was spending on its marketing strategy and has since gotten rid of its stake in the company. FarFetch, which makes its money by serving as an intermediary between retailers and consumers, and taking a 25% commission from each sale—similar to Net-a-Porter’s business model—is apparently seeing mounting losses.

According to its 2019 Q1 report, the company’s gross merchandise value increased by 44% YOY to $415 million and it saw revenue earnings of $146 million, but its losses after tax rose to $109 million from the $50.7 million loss it saw in the same period last year.

Condé chairperson Jonathan Newhouse also stepped down from FarFetch’s board of directors in March.

On Monday, Industry Dive, the Washington, D.C.-based B2B publisher that covers 16 different industries ranging from education to retail, launched its new publication Banking Dive as a daily newsletter and website.

It’s focus, as the name suggests, is on covering the shifting trends, regulations, risks and opportunities within the commercial banking, retail banking, not-for-profit and payment technology spaces, as well as serving the high-level execs in those industries.

At the moment, the masthead consists of an editorial team of three: Dan Ennis as editor, Anna Hrushka as a reporter and Andy Burt as managing editor.

“Bank executives are constantly making decisions around investments in branch infrastructure, mobile applications and emerging technology, all the while ensuring their choices comply with regulators, satisfy stakeholders and meet the needs of their customers,” said Hrushka in a statement. “Our goal at Banking Dive is to provide decision makers with industry-specific insight to help navigate ongoing policy changes, trends and disruption.”

Starting with the magazines’ August issues, readers will be given access to one audiobook title each month—GH has “The Trouble with Goats and Sheep” by Joanna Cannon for the first edition of the book club, and Prima has “The Holiday Home” by Fern Britton.

In each issue, the print magazine will include a review of that month’s book selection, which is made by GH books editor Joanne Finney, and will also include an interview with the author. Readers will then be able to access the audiobook through digital publication retailer Kobo.

“With their engaged readership of book fans, Good Housekeeping and Prima are the perfect partners for this book club,” said Fionnuala Barrett, senior audio editor at HarperCollins.

Atlantic Media’s B2B division, Government Executive Media Group, is seeking a senior media planner to collaborate with the sales team to manage digital campaigns, digital pricing and ad operations from pre-sales, through campaign set-up and optimization to post-campaign. The ideal candidate will have 3-5 years of experience and will possess an exceptional work ethic, a willingness to pitch in wherever needed and a proven interest in digital advertising strategy.