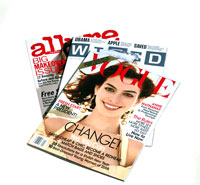 According to CEO Charles Townsend, the “historical priorities that have served our company so well—great content, best-in-class magazines, key client relationships—remain the cornerstone of what we do, but we need to move beyond the magazine. The set of strategic course changes being put in motion today will reorient our organization to thrive in this new world of opportunity, assuring the brightest future for Condé Nast.”

In addition to Sauerberg’s appointment, COO John Bellando will take on the added responsibilities of CFO for Condé Nast, the Fairchild Fashion Group and Parade, the company says. Louis Cona, who currently serves as executive vice president of the Condé Nast Media Group, will become CMO, responsible for engineering CNMG into a multi-media, multi-platform sales and marketing services facility.

Thomas J. Wallace will continue to oversee editorial and creative as editorial director, the company says.

The management changes come on the heels of some big-name departures. Late last month, former group president David Carey left the company to serve as president at Hearst. In June, it was announced that longtime Vogue publisher Tom Florio was leaving with hopes of becoming CEO of his own company.