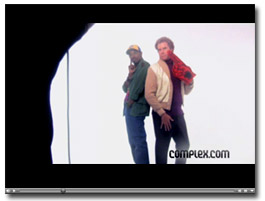 Complex magazine is expected to announce later today the launch of a year-long television advertising campaign.

The cost of the campaign is over $1 million, according to Complex marketing manager Sherry Bitting. The goal, she says, is to increase awareness and drive traffic to Complex.com.