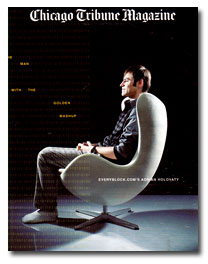 The Chicago Tribune said late last week that it will fold its 55-year-old weekly Sunday magazine on July 5.

Instead, the paper will replace the 850,000-circulation Chicago Tribune Magazine with Sunday, a new newspaper section that will include some of the former magazine’s features.

"In a special message to readers last Sunday, we told how we are investing in areas like watchdog reporting, local news and digital publishing," Kern wrote. "We are able to do this by making clear choices in our priorities and shifting resources to activities that readers and advertisers value most.  These changes are part of this effort."

The Chicago Tribune said its paid Sunday circulation average for the six months ending in March was 858,256 copies, putting it behind the New York Times (1.451 million), Los Angeles Times (1.019 million) and Washington Post (868,965).