California Sunday Magazine Shuts Down Print Edition
"A big-circulation print magazine won’t be viable for us this year or next year, so it seems like the right time to evolve." 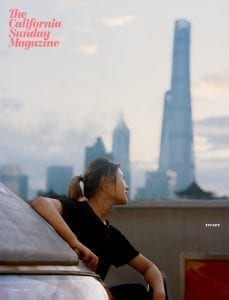 After six years and 40 issues, The California Sunday Magazine is saying goodbye to print.

The bimonthly title produced by parent company Pop-Up Magazine Productions, which in its relatively short life has garnered national acclaim for its design, photography and long-form feature writing, will cease its print edition and move forward as a primarily digital publication, editor-in-chief Douglas McGray said Sunday.

In a letter posted to the magazine’s website, McGray implied that the economic conditions brought about by the COVID-19 pandemic, particularly an inability to hold events, like the touring “live magazine” show Pop-Up Magazine, had put the company in a position in which it was forced to make a sacrifice.

“We’re facing the most difficult economic conditions of our lifetimes, especially for a small company that depends on live events and sponsorship,” McGray wrote. “A big-circulation print magazine won’t be viable for us this year or next year, so it seems like the right time to evolve.” 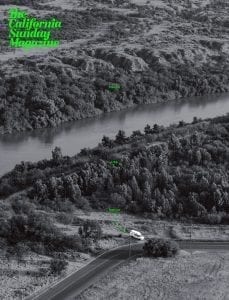 McGray noted that California Sunday will live on, and that its “commitment to deeply reported stories, unforgettable photography, and beautiful design” will continue online and in other formats and integrations, such as the gallery exhibits in New York and Los Angeles that were created from the magazine’s December 2018 issue.

But it’s not a stretch to say that the loss of the magazine’s print edition is a loss for the medium as a whole. Since its launch in 2014, The California Sunday Magazine has been named a finalist for 13 National Magazine Awards, winning once for design and twice for photography (the first magazine to win that particular award in consecutive years since National Geographic did so in 1991 and 1992). It is currently the two-time defending champion of the Society of Publication Designers’ Magazine of the Year Award, having earned that honor in both 2018 and 2019.

“Most magazines that look and feel like California Sunday got started decades ago, probably at a big media company, probably in New York,” wrote McGray. “We decided early on that if we were going to have a print edition, we would make something that felt special. I’m enormously proud of our art department’s work.”

The news comes just days after the Pop-Up Guild, a union representing staffers at both California Sunday and Pop-Up Magazine, announced that management at Pop-Up Magazine Productions had voluntarily agreed to recognize it as a bargaining unit.

“We’re devastated, but energized to work with management to reimagine our journalism as we enter this next phase,” the guild wrote in a Tweet on Sunday.