Tighter Budgets and Relegated Roles Can’t Hold Down Smart Editors
To keep a magazine aloft in a harsh environment, a great editor is the best investment you can make. 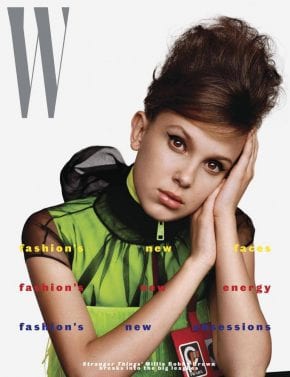 A couple of months ago, out of the blue, I received a large FedEx carton filled with recent issues of W, the fashion and culture magazine owned by Condé Nast. They were accompanied by a handwritten note from Stefano Tonchi, the book’s celebrated editor-in-chief. “Even with a reduced staff and small budget, a magazine can still have a point of view and make a statement,” Tonchi wrote. Clearly, he was asserting something that mattered to him, and apparently he hoped I’d agree. (More on that later.)

I have no doubt that Tonchi is fundamentally right: money, money, money is the nutrient that makes business go—no less so in our little corner of commerce, far from the billions clicked off hourly in the world of high tech. But as I’ve said here in the past, making great magazines is not entirely dependent on bundles of cash.

That’s a good thing; talented editors and designers can produce killer magazines on shoestring budgets—and often do. (Note: Condé Nast’s titles, even by today’s standards, don’t exactly operate on “shoestring budgets,” but the free-spending days of yore are gone.)

Now, to be real, there’s no denying that amazing work sometimes emerges because of resource scarcity—“the mother of invention,” and all that. The thing is, after years of fits and starts, it’s an established fact of life that readers have pretty much adapted to a digital universe. Print-side budgets will reflect that.

So nowadays, while still the beating heart of many magazine companies, print titles are not exactly everything—and sometimes barely anything—when assessing the overall health of a brand.

If you’re a seasoned magazine editor, you will likely find yourself called into meetings to sit alongside your new cohorts: a conference manager, a social-media director, a podcast producer, an events coordinator, and the online editor-in-chief. That can be disorienting.

While once you felt like you basically ran the brand, editorially speaking, you’re now part of a team. And from a profit-producing standpoint, your relative importance within that team has almost certainly nosedived. You were once the king; today, you’re a prince among many.

As a longtime editor, I want to decry this new hierarchy as “shameful.” But that would be small of me, and kind of cranky-sounding. I realize that. Thus, onward to The Future.

But first, two examples of the dispiriting new reality in Magazine Land: Within weeks of each other, two major American books—or should I say, “brands?”—recently changed hands. I’m talking about Time and Fortune. They have moved on, humbly—not to other publishing giants, but, astonishingly, to wealthy individuals. Time was purchased by an American entrepreneur, Fortune by a businessman in Thailand. Hard to believe that not a single U.S. publishing company would pony up to buy either of these onetime treasures.

Today, both Time and Fortune, which have seen ad pages vanish, rely increasingly on brand extensions and collateral businesses for their survival. Ultimately, of course, that will serve them well. The legacy magazines still matter, but not as much as in the past. There just isn’t the ROI anymore.

This underscores the idea that what magazines need (aside from kick-ass creatives, publishers that can score lucrative cross-promotional deals, and miracles) are philanthropists and gamblers, people willing to plunge deep into their pockets without any assurance of a juicy payback. The truth hurts.

(Another note: If you cannot live without your luxury yacht or golf titles, go ahead and exhale; they seem to be humming along.) 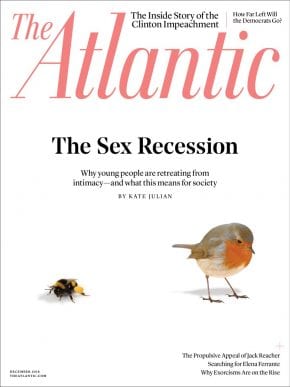 In the realm of magazines for those of us who don’t own even modest yachts, let’s look at the situation at a few well-known books that are doing a good job of managing their health as we speed into 2019.

I’ll begin with The Atlantic. Although curiously lacking in ad pages, The Atlantic has been on a major roll for several years, building out its digital and conference presence while producing a print magazine that is both influential and popular. That’s no small accomplishment.

The multi-platform strategy clicked with consumers. The staff was impressive. Good times! And then—suddenly—money rained down. A seriously crazy amount of money. Steve Jobs kind of money. In fact, it was Steve’s widow, Laurene Powell Jobs, through her Emerson Collective foundation, who invested a massive amount of cash in The Atlantic’s parent company. Think of it as a reward for excellent work and a bet on the future of the Atlantic franchise. The immediate result of the windfall (aside from, I imagine, heavy partying at Atlantic Media in Washington, D.C.) was a batch of new hires. Which, let’s face it, is sort of the whole ballgame.

In its October issue, The Atlantic devoted a spread to its fortified masthead, made possible in large part by the largesse of Laurene Powell Jobs. Showing off, maybe? Anyway, I counted. Including the folks who contribute all across the expanded Atlantic brand, I got 433 names. Read that and weep, ye who have not captured the affection of Ms. Jobs. 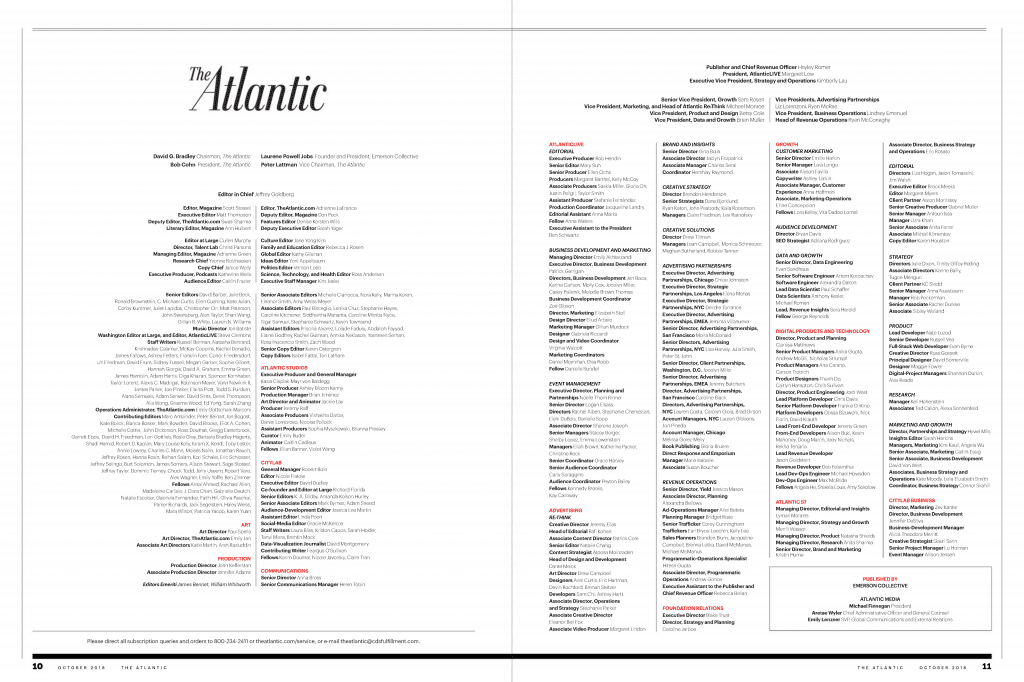 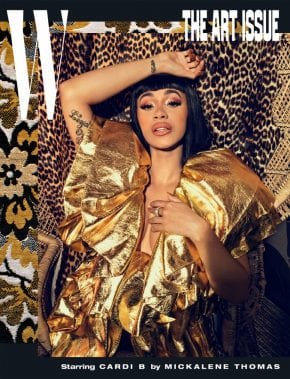 Now, let me turn to some other magazines that, in their own ways, are finding successful solutions to their publishers’ “ain’t no mo money here!” memoranda.

That circles me back to W, which I mentioned at the outset. W recently increased its newsstand price while at the same time reducing its issues from ten to eight annually. Sounds like a magazine that might be scrambling for its very life. But W doesn’t see it that way at all.

To be honest, I was surprised when, over the summer, I received that box of W magazines from my good friend Stefano Tonchi. I’ve never met Tonchi in person. OK, actually, I don’t know Tonchi at all, except by reputation. Haven’t exchanged a word with him, ever. But the note he sent began: “I have been following with great interest your analysis of our publishing industry and I appreciate your insightful and knowledgeable thinking.” Some big-time kissing-up, obviously. (Isn’t that how future BFFs sometimes behave?)

What Tonchi wanted me to see was that his book, which had not long ago gone through a change of ownership, sparking rumors of serious internal woes, is in fact vibrant and maybe even terrific.

I’m not here to deconstruct the latest iteration of W. But suffice it to say that recent issues—reimagined, re-architected, and prettied up with fantastic stock and impressive production values, as befits its coffee-table pedigree—demonstrate that smart editors can make smart magazines, even when budgets have been sliced. (Again, we’re talking Condé-sized budgets here.) 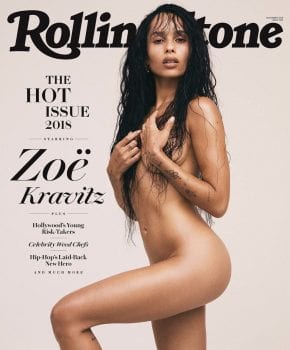 Like W, which was barely bobbing above the water, three other major-league magazines have recently managed to snag resuscitative cash from outsiders. At the eleventh hour, it seems. They are Rolling Stone, Robb Report, and National Geographic.

These are respected, well-established brands, but they’d begun to run out of steam and, critically, sufficient capital for their expensive-to-produce books.

Two were rescued by Jay Penske’s Penske Media Group, which has emerged as an aggressive strategic investor in our business.

Almost immediately after Penske placed a bet on Jan Wenner’s Rolling Stone, a book that was feeling increasingly irrelevant in a sea of competitive products, both on- and offline, it underwent a total overhaul. It emerged, butterfly-like, as a higher-end showcase for the topics it has long covered—chiefly music, movies, politics. The brand has been buffed and polished to a high degree, assuring it will be around for at least some years to come.

Robb Report, although not as weathered as RS, had also evidenced signs of stagnation, editorially speaking. It was highly formulaic, almost a caricature of what a magazine would look like if produced exclusively for the look-at-how-fabulously-rich-I-am set. Reinvented by Penske Media—and like RS, re-introduced into the market at a larger trim size—it’s still booking all those drool-worthy ads for which it’s known. Robb Report seems to have found new footing. For one, it’s less predictable. Its covers, with their stunning art deco sensibility, are reminiscent of the great images that graced Fortune’s covers back in the 1930s and ‘40s. Frameable, for sure. 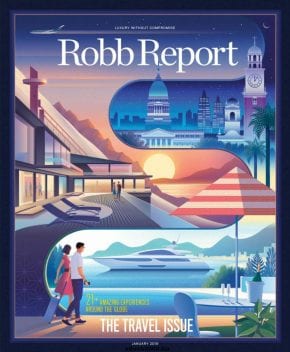 National Geographic is somewhat of a different story. It’s been around forever, and it has always been beloved by an audience that regards it as a magazine with a charter to do good, to enlighten. But three years ago, in recognition of a steady decline in that audience, NatGeo effectively sold itself to a Rupert Murdoch-owned group for $725 million. The outcry was predictable. What would become of the venerated magazine under Murdoch’s ownership? The final verdict isn’t yet in, and there have been kerfuffles over some of the magazine’s bold editorial choices in recent months.

However, now adequately funded, the magazine has not slipped into tabloid territory, as some had feared. Yes, the content has shifted slightly. That’s the whole point: the newer NatGeo needed to be… well, newer. You may rightly argue with some of the choices the staff has made, but the book is decidedly more relevant while managing to retain focus on its core editorial mission. Fortunately, it’s as visually striking as ever.

What happens when a magazine cannot tap into a reservoir of cash? When budgets signal difficult days ahead? Even then, there are thoughtful ways to manage through crises.

One frequent go-to is a downgrade in paper stock. Not a great decision, in my view, as stock is fundamental to the actual, in-hand experience of a magazine. But it’s a better solution than slashing staff. 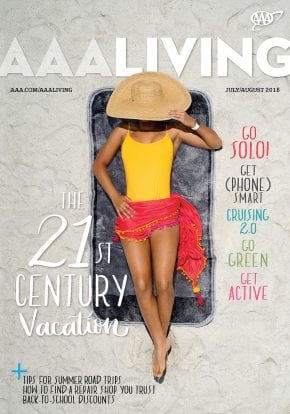 Another path through the dark is to alter trim size—go smaller. I’ve noticed a couple of books taking that route. One, which I receive, is AAA Living. It serves AAA club members in the Southeast. The magazine was recently redesigned and downsized. In new fighting form, its dimensions are essentially identical to National Geographic’s, although it is saddle stitched.

The publisher was transparent about the change: it was mandated by costs, he told readers. I actually like the magazine a lot better now. This is a size I have long thought would be ideal for many magazines, irrespective of budgets.

The bottom line is that the bottom line need not force destructive compromises on the product side. Budgets are going to be challenging for most print magazines for the foreseeable future. Fact. If charitable gifts or partner investments are attainable, by all means, deposit those checks. But if not, consider going smaller rather than going out of business.

Finally, if you can afford a wonderful top editor (like an up-and-coming Stefano Tonchi, say), sign that contract tomorrow. No, tonight. In the interests of keeping a magazine alive and aloft in a harsh publishing environment, a great editor is indisputably the best investment you can make.