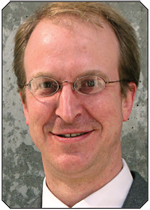 To support the organization’s shift to all-digital output, Pearson rebuilt the technology infrastructure from the ground up into a scalable, single-platform operation.

In the technology media sector, the switch to an all-digital media focus is more prevalent than in any other media category. The transition, of course, is not simply a strategic one but a technological one as well.

When UBM began shifting its focus away from print and transitioning its strongest brands to an all-digital platform, major infrastructure changes were required. And being a particularly acquisitive company added to the complexity.

About three years ago, UBM hired Pearson to build a team to fast-track the Electronics group’s transition, with EE Times as the central brand, to all-digital. “At the time, EE Times was struggling with the print decline, so I came in as part of a strategy to go all-in on digital and try to make a new business model,” says Pearson.

The group at that time had the typical, corporate centralized IT structure with, as Pearson describes it, “a waterfall model with 6-month turnaround times where you’d toss your requirements over the wall and a few months later hope that the digital property you got back was close to what you asked for.”

In all, 24 websites and 13 customer databases needed to be corralled into a single, scalable platform. “We had something on every single platform out there,” adds Pearson. “Java, .net, php, Drupal—everything.”

The decision was made to go with Microsoft’s .net platform. Just over $1 million was invested in the overhaul and the long-term benefits don’t necessarily come out of saved costs, but rather the ability to quickly build and launch new products rather than continually investing in maintaining infrastructure with sluggish new product development.

Next up is the summer 2012 launch of an education and training platform where resources are centralized on one digital hub. The portal resurrects the TechOnline where whitepapers, webinars, conference sessions, online courses and trainings will be offered.

VITAL STATS: Just over $1 million was invested to rebuild and move 24 websites and 13 customer databases onto a single, scalable platform.