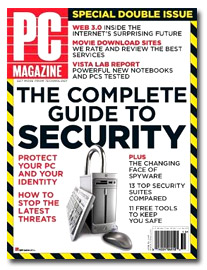 SEE ALSO: Will the Print Axe Fall on Electronic Gaming, Too?

Ziff Davis Media announced today that its flagship PC Magazine will no longer be published in print. The biweekly magazine carried a rate base of 700,000. Its January 2009 issue will be its last.

As part of the shift, seven jobs were eliminated.

The company will instead focus on its Web site, PCMag.com, and a newly-minted digital network. Ziff Davis employs about 140 employees on PC Mag, and 214 companywide.

Ziff Davis Media CEO Jason Young said the move is “the final step in an evolutionary process that has been playing out over the last seven years.” In that time, Ziff Davis’ digital assets have had revenue growth 42 percent on average each year, he said. In 2008, its digital business will account for about 80 percent of profit and 70 percent of its revenue.

"That’s how we’re different from a lot of noise that’s out there," Young said. "We’re in a good position to make this move, when a lot of other publishers downsizing don’t have this kind of scale."

The magazine’s ad pages were down about 25 percent in 2008, Young said, although he claimed it was still profitable. Its total paid and verified circulation had slipped 8.8 percent during the first half of 2008, according to the Audit Bureau of Circulations’ Fas-Fax.

When asked if he could ever envision print coming back, Young said, flatly, no. "That horse has left the barn in the tech category."

Check FOLIOmag.com throughout the day for updates to this story.