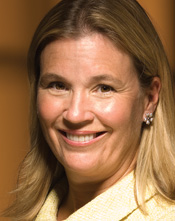 RDA Holding Co. announced its board of directors has named Tom Williams as president and CEO of Reader’s Digest Association, replacing Mary Berner [pictured], who leaves the company.

Last week RDA named a new board of directors, initially saying that Berner would retain her seat on the board. Randall Curran, CEO of telecommunications company DELTACOM, Inc., now takes over as chairman of the RDA board.

"With the board transition last week, this was a natural point to move on," said Berner in a statement. "I am extremely grateful to all of the employees at RDA for their hard work during my tenure at the company. I am also very proud of the management team and that together we put the company on a path to profitable growth. "

At the time of the Chapter 11 filing, Williams had agreed to a severance package worth $1.2 million.

CHECK BACK FOR MORE UPDATES.