The Best Books for Print People, 2019
Our annual holiday gift guide for the ink-on-paper aficionado in your life.

Magazine and newspaper executives may beg to differ, but our love affair with print media has been surprisingly resilient in the digital era. E-book sales have flattened, and physical book sales continue to outstrip the “disruptors” by a wide margin. In fact, as our annual review of “Books for Print People” lists demonstrate, the book medium is the place where we celebrate, recall and even reprint the uniquely immersive, tactile, visually engaging qualities of text and images on the page. 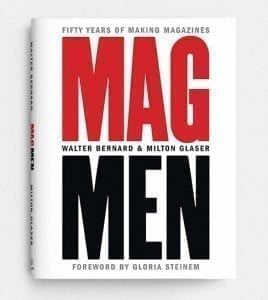 Here is your best paean to the golden age of magazines’ social, visual impact. Bernard and Glaser most famously drove the look and feel of New York magazine, but had a hand in redesigning many others, like Time, Fortune and The Nation. It is loaded with visual reminders that nothing speaks to the cultural moment like a poignant magazine cover or splash page—something to which there is no digital equivalent. But we also get the pair’s interactions with famous collaborators, from Clay Felker and Gail Sheehy to Katherine Graham and David Levine. We dare you to put it down. 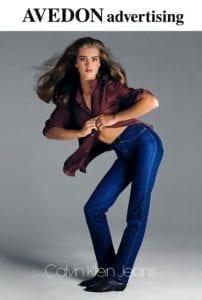 Here is a doorstopper worth reading. This review of half a century of Richard Avedon’s advertising photography makes clear the connection with his art. The commercial work not only helped finance one of the great portraitists of our time, it was a testing ground for many of the tools of composition, color, tone and mood that characterized the rest of his work.

No one understood and foregrounded the constraints of the magazine page (and film frame) so well. The range of images here also reminds us of the profound impact he had on the aesthetic of consumer capitalism—how we imagined the objects we craved. We get to see him think about and create visual tropes for the culture forming around him. This is one of the most thoughtful and illuminating Avedon collections we have seen. 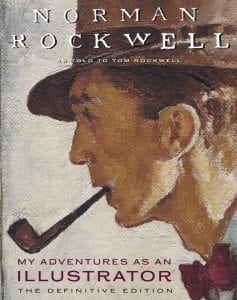 Norman Rockwell: My Adventures As An Illustrator (The Definitive Edition), by Norman Rockwell and Tom Rockwell, edited by Abigail Rockwell

Rockwell’s 1960 autobiography is exactly as sentimental, unsurprising and cozy as we would expect by the man who defined modern nostalgia on hundreds of Saturday Evening Post covers. But this massive “definitive edition” also restores jottings made for the original edition and includes over 170 sketches and paintings. And the narrative makes clear how Rockwell’s cartoony style and sentiment were grounded in the small town people and life he was immersed in. As he recounts here, for instance, his famous wartime “Four Freedoms” series was inspired by his own befuddlement with Roosevelt and Churchill’s abstract statement of war principals. In classic American plainspoken style, Rockwell made ideas flesh in how his Vermont neighbors lived them. 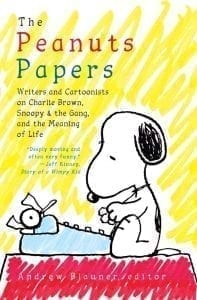 The Peanuts Papers: Writers and Cartoonists on Charlie Brown, Snoopy & the Gang, and the Meaning of Life, edited by Andrew Blauner

Peanuts has become the Krazy Kat of the last half of the 20th Century. Its light and barely guised philosophical musings, mildly depressed tone and angst-ridden protagonist naturally attract hosannas from the dignified set. It feels like half the masthead of The New Yorker got recruited for this one (Jonathan Lethem, Adam Gopnik, Jonathan Franzen, George Saunders, Ann Patchett, Maxine Hong Kingston, Joe Queenan and, of course, Chris Ware). Generally, I am suspicious when branded intellectuals congregate to lend their imprimatur on pop culture. Who needs ‘em, I say. But there really are some nice insights here that can give even Peanuts fans fresh ways into the strip. Volume 2? You have to wonder if any biographer really needs a two volume bio-reprint to cover the life and art of a single cartoonist. To be fair, Sadowski’s treatment gives up a massive share of space to reprinting much of Basil Wolverton’s wildest dark fantasies of the early 1950s. But in fact, Wolverton was as singular and curious a character as his art.

This volume focuses mostly on his horror and sci-fi work, which was often batshit imaginative. But there is also his caricature art, advertising work and more. And of course, Wolverton leapt from obscurity to fame when his Lena the Hyena caricature won Al Capp’s contest to depict the world’s “ugliest woman,” which landed him on the cover of Life. Wolverton remains a seminal figure. His break from other modern visual styles with pointillist grotesques anticipated (and was revered by) underground artists more than a decade later. 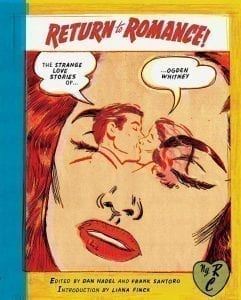 New York Review Books’ laudable project of reviving under-appreciated text and visual works of the last century hits a bullseye with this appreciation of Ogden Whitney. It is easy to forget how lucrative and popular the romance genre has been to periodical publishing, especially in the confessionals and romance comics of the 1950s and ’60s. Whitney’s truly disturbing take on the genre surfaced sinister, psychologically dense power-struggles that motivated his lovers. All this was in stark contrast to the anodyne cartoon styles of the journeyman artists who illustrated them. Prepare to be unsettled. 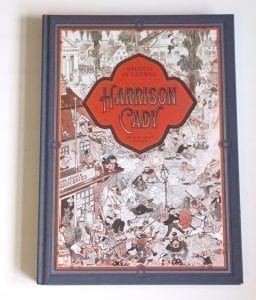 Madness in Crowds: The Teeming Mind of Harrison Cady, by Denis Kitchen and Violet Kitchen

Harrison Cady (1877-1970) may be the most prolific magazine illustrator you’ve never heard of… until now. But his signature crowd scenes and nature fantasies were found in the pages of Life (where he was a staff illustrator) as well as The Saturday Evening Post, Ladies’ Home Journal and Good Housekeeping, among many others, across seven decades. He was also known for his progressive politics, children’s book images and long-running Peter Rabbit comic strip.

The small imprint Beehive Books has nobly revived this wonderfully imaginative mind in one of the most beautifully designed and printed books of the year. Underground comics artist and publisher Denis Kitchen provides an appreciation, but just fall into these thick pages of crisp, oversized images that Beehive has produced. This is what bookmaking is all about, where design enriches substance. You just want to hug it. 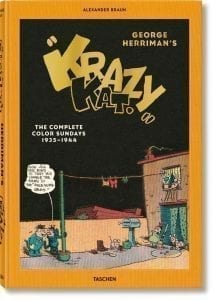 Like Alexander Braun and Taschen’s earlier complete Little Nemo collection, this is an XXL-sized quarry slab that immerses you in the scale and detail of the artist’s work… just, good luck with the hernia. This one reprints beautifully the color Sundays from the last decade of Herriman’s life and career. Highbrow critics love to gush over the gender-bending, mythologizing, philosophizing and satirizing “genius” of the strip. Herriman seems to have been the designated modernist Joyce of the medium’s history. And Braun does his part to further burnish Herriman’s stature in his very comprehensive and lengthy prose accompaniment. It runs much deeper than an intro. Reprinting Krazy at this scale also lets us lean back and appreciate Herriman’s mastery of movement, slapstick timing (he was a Mack Sennett fan), layout and use of the full page as a canvas.