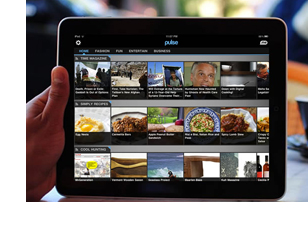 After a six-month trial run between Popular Science and content aggregation app Pulse scored a subscriber bonanza, Bonnier has decided to launch 19 more titles through it. Between July 2011 and January 2012, PopSci went from 60,000 subscribers to more than 3 million on the platform.

While publishers have clearly been as prolific as they can be on the tablets with their own titles, slicing and dicing content through aggregation apps such as Pulse have become another gateway to new audiences. But that road has been a bumpy one.

The word "aggregator" has always been a tough one for publishers to get used to. Pulse, and similar service Zite, ran into early roadblocks as publishers contested their business models. Pulse, for example, was quickly pulled from the App Store just after launch when lawyers from The New York Times complained that it was commercially benefitting from Times content.

Those bumps have largely been smoothed out. Pulse got itself back into the App Store and then scored a $9 million series A round last year. The Pulse app is now free and the partnerships it has with publishers are based on a revenue share from advertising. A revenue split between Bonnier and Pulse will kick in later this year, says Sean Holzman, chief brand development officer of Bonnier Corp. Plus, given PopSci’s subscription growth, the audience upside is potentially impressive.

Meanwhile, Zite, which was bought by CNN last September and had a particularly nasty reception from the publishing community when it launched, announced yesterday that it rolled out a new Zite Publisher Program with nine new partners, including Bleacher Report, The Daily Beast, FOX Sports, HLNtv, The Huffington Post, Motley Fool, The Next Web and VentureBeat.

Important elements of the program include individual sections dedicated to each publisher’s content; retention of a publishers look and feel; and house ads that point users to upsell opportunities for a publisher’s apps and subscriptions.

So, if publishers can see their way to a significant chunk of new audience, the distribution of their content through third-party interfaces becomes more palatable. "Pulse has proved to be an incredible platform for us to reach readers on mobile devices for Popular Science," said Holzman in a statement. "It allows us to reach a new audience, and we’re looking forward to delivering more titles from Bonnier to the ever-growing Pulse audience."