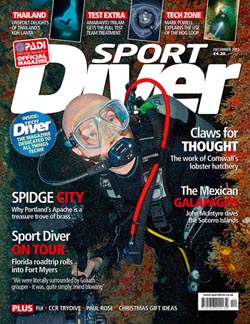 Bonnier CEO Dave Freygang would not divulge the terms of the deal, but did say the move to purchase the title was very strategic in the company’s efforts to grow their U.S. brand’s global presence.

“The opportunity is to take our Sport Diver brand, which we operate as the official publication of the PADI diving society in the Americas, into the Europe, Middle East and Africa region,” Freygang says. “We’ll start in the U.K., which is one of the largest diving communities in that region, and ultimately expand.” 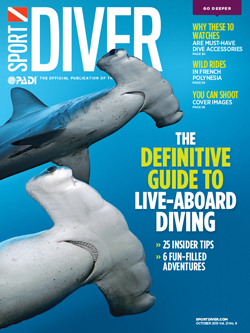 Freygang contends it made more sense for Bonnier to acquire Sport Diver UK than it did for Sport Diver to expand into the market unknown, especially considering the name confusion.

Sport Diver UK has a print audience of 10,000 and digital audience of about 150,000 monthly unique visitors.

“We hope to get it about the same size as that we are in the U.S.—175,000 in print and almost 1 million in monthly unique visitors,” says Freygang. “The amount of divers in that region is equivalent to what’s in the Americas, but in partnering with PADI and marketing to that diving database hopefully, in five to six years, we’ll get to that level.”

In advertising, Sport Diver UK is at roughly 600 pages, which is pretty good given the size of its audience, and currently collects about $1.5 million in total revenue.

“Our opportunity is really to grow that and go beyond the U.K.,” contends Freygang. “Ultimately we think Germany makes sense as a market to go into, France and Spain.”

The magazine’s editorial and advertising staffs will remain intact. Bonnier says plans are in place to have both the U.S. and U.K. teams behind Sport Diver and Sport Diver UK collaborate on future projects with special issues like “World’s Best Diving & Resorts” and an annual “Gear Guide” title.

“In pairing, we want to look for content synergies between the brands,” says Freygang.

The next step for Bonnier is taking the Sport Diver brand expansion into Europe and strengthening its relationship with PADI in the Asia Pacific market, specifically.

“We want to introduce a print product there, so we might look for a partner—Australia probably makes sense,” Freygang says. “For the time being, that’s where our focus will be.”