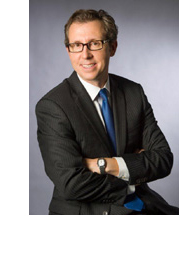 Bob Carrigan is stepping down as CEO of IDG Communications Worldwide, the company announced today.

Carrigan will transition out of his role at the end of IDG’s fiscal year, ending September 30, and will join the company’s board of directors.

Update: Carrigan tells FOLIO: that the timing was right for his transition out of the company, citing IDG’s overall health, a strong management team and a desire to be closer to his New York-based family. "IDG is in a really strong position, we have a lot of talented leaders throughout the company. After essentially 20 years in two 10-year stints, I decided it was the right time to transition. My family lives in the New York area and I’ve been doing a lot of commuting back and forth, plus international travel, and honestly that weighed in the decision as well."

He says he does not have a next step lined up, other than work related to his board appointment in the near term. "I don’t have a specific opportunity that I’m going to next. But I have a lot to do over the next couple months to finish out my time at IDG. I’m not ready to talk about what’s next, but there’s nothing specific yet."

Carrigan was promoted to the global CEO position in 2008 after having been IDG Communication’s U.S. CEO since 2005. Carrigan joined IDG in 1987.

He is considered one of the pioneers of the print-to-digital migration—aggressively transitioning IDG media brands away from print as necessary and greatly expanding the company’s digital and event business. According to IDG, more than half of its revenue now comes from digital.

Rounding out the leadership team is the appointment of David Hill to president of IDG Communications, overseeing corporate services, global sales and international media operations. Hill was previously president and CEO of IDG International Publishing Services.