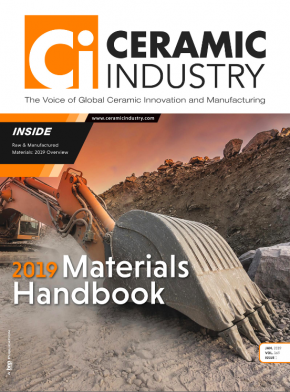 BNP Media is shuttering five of its trade magazines and merging others in a round of downsizing that will see several employees let go over the coming weeks.

Appliance Design, Ceramic Industry, Hotel F&B, Reeves Journal and the Spanish-language Industria Alimenticia will each shut down by the end of May—some as soon as this week—while Brand Packaging will be folded into Packaging Strategies and Flexible Packaging, bimonthly SNAP into its sister title Architectural Record, and Distribution Trends into HVAC industry weekly The ACH&R News.

“Given the past performance of these brands, the current marketing conditions, and the foreseeable future, it does not make business sense to continue them,” said an internal memo sent out Monday, March 18. “This is not an easy decision but one that we believe is best for the overall health of BNP Media.”

Impacted employees were notified of the cuts the previous Friday, March 15. Current staffers, on condition of anonymity, said the layoffs extend beyond just the magazines being shut down and that further cuts are expected, but couldn’t put an exact number on the amount of employees being laid off. Reps for BNP Media declined to share specifics.

“The three titles we are merging had become redundant with some of our larger titles. It just made sense to consolidate our efforts,” Tagg Henderson, co-CEO of BNP Media, tells Folio:. “While we made every effort to succeed with the discontinued titles, the markets they serve had become too small to support a media brand.”

Originating in 1920 as a regional magazine for plumbers and published under its current name since 1958, Reeves Journal was acquired by BNP Media in 2013. In print since 2001, Hotel F&B, purportedly the largest magazine serving hotel foodservice professionals in the U.S., joined BNP Media just over two years ago. Ceramic Industry and Appliance Design, each a part of BNP Media for much longer, are shutting down after 95 and 65 years, respectively.

See the full memo below:

We are writing you today to announce that, after very careful consideration, we have made the decision to merge Brand Packaging into Packaging Strategies and Flexible Packaging, SNAP into Architectural Record, and Distribution Trends into The News.  Additionally, we will discontinue publishing Appliance Design, Ceramic Industry, Hotel F&B, Industria Alimenticia, and Reeves Journal.

Given the past performance of these brands, the current market conditions, and the foreseeable future, it does not make business sense to continue them.

The wind-down process will take place between now and the end of May.  Your Director or Manager will keep you informed during this time.

We recognize the hard work that has gone into these brands over the years and thank all of you that worked on them.  This is not an easy decision but one that we believe is best for the overall health of BNP Media.