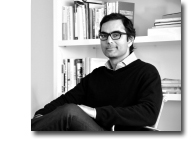 The Newsweek Daily Beast Company has named Baba Shetty as its new CEO. Shetty [pictured] joins as current CEO Stephen Colvin plans to step down in October after serving three years with the company.

Shetty was chief media officer at Boston-based Hill Holliday and worked closely with Newsweek Daily Beast editor-in-chief Tina Brown on Newsweek’s Mad Men issue, which took on a retro design—from edit to ads—to capitalize on the start of the fifth season of the TV show Mad Men.

"Baba is a real catalyst in bringing ideas to the marketplace," says Brown in a statement. "He is extremely gifted at brand and digital strategy, is a strong leader, and is the perfect partner for the next phase of The Newsweek Daily Beast Company and our expanding live events business."

Colvin is moving into role with VC firm Lerer Ventures as an executive in residence.

Newsweek Daily Beast has been under constant scrutiny due, in no small part, to the unconventional pairing of the two brands. And lately it has endured regular criticisms, and plenty of ink, about its cover strategies and a flood of commentary from an off-the-cuff remark from IAC chairman Barry Diller during an earnings call that signalled the print magazine is transitioning to a more comprehensive digital strategy. That remark was made around the time the Harman family decided to end further investment in the company.

In the meantime, the company says Daily Beast traffic numbers are up 69 percent year-over-year to 15 million monthly uniques, per Omniture, and ad-volume increased 40 percent since last summer. Tablet subscriptions, says the company, are up 233 percent since the beginning of this year.

Shetty’s appointment highlights the cozy relationship between publisher and agency, and presumably leverages his brand-side experience and insight for the content side—year-to-date ad pages for Newsweek are up slightly by just over 2 percent, according to Folio: sister publication Media Industry Newsletter. It also mirrors, on a smaller scale, Time Inc.’s hiring of Laura Lang as its CEO. Lang joined Time Inc. from ad agency Digitas last November.