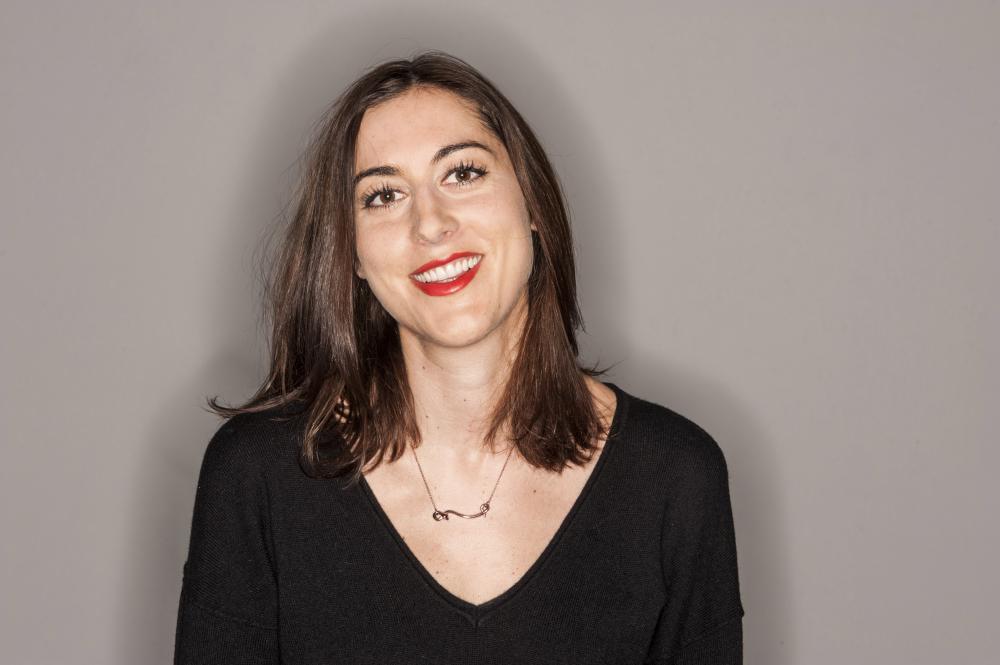 Native advertising is increasingly becoming a standard practice for publishers–especially for those reaching large audiences. However, the best practices for delivering the content haven’t become standard yet.

There are still perceptions that native advertising breaks down trust between a publisher and its readers. That is, some see native content as misleading trickery, which aims to shill products through advertorial content that’s masked as editorial. Others, however, see native as a way to better engage readers by providing content that entertains or informs, as well as an antidote to sickly digital ad sales.

Regardless of who’s right or wrong, one thing seems certain–native isn’t going away anytime soon. More brands and publishers are creating native content now than just a few months ago, and that growth is projected to continue. What’s more, technology is quickly transforming native advertising into a highly personalized and targeted product.

Tessa Gould: I am the director of native advertising. A big part of that role is overseeing The Huffington Post Partner Studio, which is a team of editors, copywriters, social media strategists and designers that sit on the business side–separate from our editorial–and they’re dedicated to crafting and telling stories for brands. It’s essentially like a creative agency model that’s in house at a publisher. We launched it in early July last year and, I think since then, we have seen the model replicated at many other publishers.

FOLIO: Nobody can agree on exactly what native advertising is, or what to call it. What do you prefer to call it and how does The Huffington Post define it?

Gould: I think the interesting thing with native advertising is that–first and foremost–beyond the actual term itself, it doesn’t really denote anything new. Brands have been integrating into content experiences since the early 1900s. It’s just that the experience digitally hadn’t been content-focused until recently.

I prefer, when we’re communicating within the organization and with clients, to say ‘native content’ instead of ‘native ads’ because it helps individuals get away from the advertorial mentality.

But in terms of the actual defi nition and how we define it on the site–native advertising or native content or native publishing–our definition remains the same. For us it’s symmetrically aligned brand stories that are A) advertiser sponsored, B) clearly demarcated as advertiser sponsored and, C) authentic to the platform, reader and brand. I think that’s particularly important because when you read or hear about it online, or hear about people talking about it at conferences, or when it’s defined in articles, it’s often only described as content that fits with the user experience in which it’s placed, but there is a lot less conversation about how it fi ts with the editorial voice on the platform it’s being integrated with. I think that’s just as important, if not more important. So the ‘C’ that I mentioned earlier–which is authenticity–that’s the piece that we believe that in order to truly have a native experience, the content or the native ad has to be authentic to the reader, as well as the brand and the platform.

FOLIO: How does the Partner Studio intersect with other teams like editorial and sales?

Gould: On a day-to-day basis we work closely with the sales organization and the account management team. We also work extremely close with the editorial organization. With the editorial team, we sit on the separate side, but still do work closely with them. Once every two weeks we meet with the managing editors and we share best practices. And we also do some of those things with the social team that sits on editorial. We have a dedicated social team in the Partner Studio, so we’ll also meet with them at least once a month to talk about what we’ve been doing and what’s been working. That’s a very helpful dialogue to have.

With the sales organization we work to make RFPs and bigger proactive pitches. And we’ll be working directly with the sales team, be it AOL sellers or Huffi ngton Post sellers or brand strategists on both executions. So we have two brainstorming sessions each day where the team gets together and ideates on various client proposals.

FOLIO: How are you crafting the content, do you borrow from a newsroom model? And are you reacting to real-time events?

Gould: It really depends on the client and what they are trying to achieve. A lot of the content–particularly in the lifestyle space–tends to be more evergreen in nature. But there have been a lot of advertisers that have wanted to create more timely content.

We also create content in response to events or news. A recent example I can think of is the World Economic Forum. They release each year a white paper called ‘The Global Gender Gap Report,’ and we took that and created a piece of content that was a direct response on behalf of Citibank. It summarized the report and called out the top 25 places in the world to be a woman.

FOLIO: Is that kind of timeliness an added challenge?

Gould: Generally for native content the challenge is that we aren’t able to be quite as fl uid as, say, the editors in our newsroom because we are working directly with advertisers. They may want rounds of revisions and oversight of the content before it’s published. That elongates the content creation and the review period. And of course when you’re working with advertisers it may have to go through legal review. So all these things defy timeliness.

FOLIO: The Huffington Post has no problems offering its partners scale, but how do you bring quality into the equation? Do you think that native content needs to almost be better than editorial in order for readers to really engage with it and trust it?

Gould: That goes back to my earlier point when I was talking about the definition of native. One of the big things for us is that in order for it to be truly native it has to be authentic to the reader, and a big part of being authentic to the reader is offering an inherent value–be it information, entertainment or shock value. If that’s not there they aren’t going to engage with it and it’s not going to work. Whenever we’re creating our content we’re always thinking just like film producers or editors in a newsroom in terms of wondering how the readers are going react to the content.

Your point about comparing yourself to best-in-class editorial is bang on, more than comparing our native content to the performance of other native content at other publishers. We are always aspiring to rival or even outperform the best editorial on our site. That’s when you know you’re nailing it.

Over the past few months we have seen some pieces doing extremely well. The content itself is endemic to The Huffington Post. When you really kill it in this space you can perform above editorial.

FOLIO: What do you think about the viewability metric? Are the standards high enough for advertisers to get excited?

Gould: Overarching this is a need for accountability and standardization. That can only be a good thing. I think viewability is definitely a step in the right direction. Whether or not the current definition is exactly what we need and what we end up with is still to be determined. I think there are still some challenges before viewable impressions become the standard across the industry.

For native content in particular, which is less discussed when it comes to viewability, but it’s the area I’m obviously most interested in, I think there is a huge need for increased standardization and I’m really excited to see some more standardization for ad banners and display and then the focus shift to native content and the actual experience. I think native campaigns in particular are hard for advertisers to compare performance from one to another. Even with engagement, you can’t really judge impact of the content and the reader’s interactions with it based off the impressions, and there is no real metric yet for gauging the engagement of native content.

FOLIO: Switching gears a bit to mobile, how much of your audience is coming in through that portal?

Gould: Mobile has been growing explosively. The mobile businesses at The Huffington Post are up 130 percent year-over-year. Right now I think mobile Web accounts for about 18 to 20 percent of our traffic, which is almost double from Q3 last year. It obviously varies by content and what verticals you’re looking at. Interestingly enough, our top vertical for mobile Web traffic is Huffpost Parents, where the average is 38 to 40 percent of traffic from mobile, which is huge. This is like moms literally on their phones pulling up articles as they’re out and about.

In the last two weeks alone we had an article called 10 Common Mistakes Parents Make and it had 75 percent pageviews from mobile Web. Even some of our native content can have extremely high mobile traffic. We did a piece recently for Chipotle that had over 63 percent mobile traffic.

So mobile is a huge area of growth, not just for native, but the entire site. We have almost 50-plus verticals and more than 15 percent of them have at least a quarter of their traffic coming from mobile Web.

FOLIO: What do you think about mobile-first philosophies and strategies? Is it where we should be following the money or should publishers be platform agnostic?

Gould: I think there are some great mobile-first offerings. I am a big fan of Quartz. But we really feel that cross-screen partnership is the way to go in order to get users across all channels but also get the most bang for your buck; versus selling mobile as a separate and distinct channel. When publishers sell mobile separately and when agencies buy it separately, they really devalue mobile and that is where the industry is right now. Even though the eyeballs are translating to mobile, a lot of the dollars aren’t. So the big thing for us is encouraging brands to buy space based on where the eyeballs are, not based necessarily on the pixel size or the banner.

We embrace a cross-platform experience and charge a single blended fee for that. That’s been our approach for native content as well.

FOLIO: How are your practices in native evolving, especially with mobile? And what changes are in store for native content in the mobile space over the next several months?

Gould: Earlier this year we rolled out a truly cross-screen offering for native. Not only do all of our native content experiences appear on desktops and mobile Web, but the ads that surround the content appear there too. We’re also working on an app solution for native, which we hope to roll out in the next few months.

In terms of going forward, a lot of the things we’re going to be focusing on are additional technological enhancements to increase engagement. We rolled out increased targeting capabilities recently, where we can target particular individuals with native content from a particular geo or demographic. We can also target them by platform. So if we want to reach someone by age and platform, we can do that. This is going to be something we will continue to focus on–using technology to retarget people who have viewed our native content across our network or on Facebook and using technology to enhance the personalization of the content experience.