The Atlantic Taps Facebook Exec as Chief Business and Product Officer | People on the Move
People names a new director of photography, Politico creates the new role of global editor, and more. 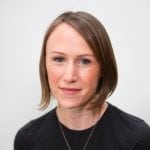 The Atlantic continued its ongoing expansion this week with the hire of Facebook’s head of news products, Alex Hardiman, as its new chief business and product officer. Starting this fall, Hardiman will be responsible for guiding audience experience and product strategy across the brand’s platforms, leading the product, engineering, data and growth teams, and shaping The Atlantic’s initiatives on digital consumer revenue.

Hardiman spent two years at Facebook, most recently leading the product and engineering teams for news and overseeing the news experiences for all Facebook users. She was tasked with the expansion of Facebook’s subscriptions product for news organizations and served as a liaison with publishers as part of The Facebook Journalism Project.

Prior to this, Hardiman served in various executive roles at the New York Times, most recently as the VP of news products, where she lead the strategy and product for nytimes.com, its smartphone and tablet products, and third-party distribution platforms.

“As The Atlantic continues to grow, Alex will bring extraordinary innovation and creativity to our businesses,” said The Atlantic’s president, Bob Cohn. “Her leadership positions at both Facebook and the New York Times give her an unrivaled perspective on digital media, and her audience-first focus will sharpen the appeal of our work. All this will serve us extremely well as we aggressively expand our ambitions for 2019 and beyond.” 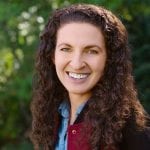 People magazine has named Ilana Schweber as its new director of photography across both its digital and print platforms, effective immediately. She will directly report to executive creative director Andrea Dunham and is bringing over 17 years of experience to this position. Schweber has been on People’s photo team since 2010 and most recently served as the brand’s managing director of photography where she oversaw all aspects of shoot production and photo research, as well as managed the staff and oversaw the budgets.

In an effort to capitalize on new global opportunities for the brand, Politico’s editor-in-chief, John Harris, and CEO, Patrick Steel, announced that Matthew Kaminski, who has been with the company since 2014, will take on the newly created position of global editor. Starting early next month, Kaminski will be based in Politico’s Arlington, Va. newsroom and will be tasked with conceiving and executing ideas for new coverage areas, new editorial platforms, and new publications. He will report directly to Harris. 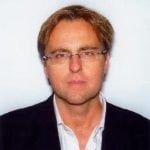 Kaminski most recently served as Politico‘s executive editor in Europe, and will continue to fulfill the responsibilities of that role until his successor has been named.

Vox Media announced this week that Hetal Patel will be the company’s first head of sales research and insights. In her new role, Patel will lead the brand’s research and performance practice by guiding the revenue department in understanding its audiences and advertising solutions with actionable and strategic insights. Patel will report to Ryan Pauley, who was recently promoted to SVP business operations & strategy, from his role of VP, revenue operations & GM, concert.

Coming from iHeartMedia, Patel is bringing a strong background of helping advertisers and brands make insightful and data-rich connections between products, consumers and advertising to her new role. 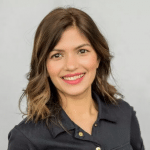 Jan-Michael Quammie was tapped as Highsnobiety’s first style director this week. She will be responsible for producing video and audio content and delivering weekly op-ed trends and news within the men’s fashion industry, contributing to the biannual print edition of the magazine in both an editorial capacity and on a stylistic level, and serve as a style ambassador for the brand. Most recently, Quammie served as editor-in-chief of the German-based Material Magazine and prior to that, was fashion director of InStyle Germany.

Afrotech.com tapped John Ketchum as its managing editor. In his new role, Ketchum will help to lead the coverage of black innovators and entrepreneurs and said in a statement that he has the goal to “build AfroTech into a source people can trust and depend on.” Most recently, Ketchum was the deputy editor at SB Nation, and before that, served as an associate producer of social media at CNN. 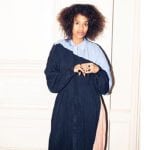 “I’ve worked in public and commercial media. I’ve worked in daily news and investigative shops. I’ve worked for legacy companies and digital first media companies like Vox Media,” Ketchum said. “I want to take a bit of what I’ve learned from each place to make AfroTech the best it can be.”

Longtime Bloomberg News reporters David Levitt and Brian Louis have announced their departures from the company. Levitt, who has been with Bloomberg for almost 18 years, most recently covering commercial real estate, has not yet announced his next career step. Louis, having been with the company for 12 years, covered insurance on the U.S. Finance team, and is leaving to pursue a graduate program in religious studies. 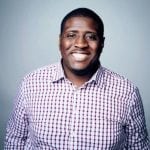 Davide Scigliuzzo is leaving his post at Reuters covering capital markets in Europe, Africa and the Middle East, for Bloomberg News, where he will report on the world of leverage in corporate America. Scigliuzzo had been with Reuters since 2012 and most recently focused on writing about corporate and sovereign bonds and global investment trends for the brand and its International Financing Review. He begins his new role in September.

Andrea Gonzales joined Newsy this week as a content producer. She previously worked at CNN and ABC.