Atlantic Media today made some internal promotions to fill in key leadership spots. James Bennet and Bob Cohn were named co-presidents of The Atlantic and Kevin Delaney and Jay Lauf co-presidents of Quartz.

Bennet will remain editor-in-chief of the magazine, but he will now also have product and technology oversight. 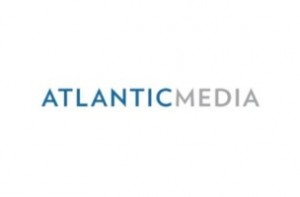 Cohn, who was editor of Atlantic Digital, was also named chief operating officer. He’ll shift to overseeing all of The Atlantic’s operations, including sales and marketing, circ, live events and The Wire.

The new duties split between Bennet and Cohn effectively replace the vacancy left by former Atlantic president Scott Havens, who will be starting as Time Inc.’s SVP of digital at the end of the month.

Delaney and Lauf, Quartz’s editor-in-chief and publisher, have been promoted as a result of the brand’s rapid growth since launching in 2012. While their original roles will remain in place, the co-presidency structure formalizes leadership for the brand.

That concept is also in place at the National Journal Group, where Tim Hartman was named CEO earlier this month and editor-in-chief Tim Grieve and publisher Poppy MacDonald were named co-presidents.

"With these promotions, we are all but complete in installing a next generation of leadership at Atlantic Media," says Atlantic Media chairman and CEO David Bradley in a statement.