Atavist Co-Founder Evan Ratliff On Digital Content Models
From long-form to subscriptions, there's something for everyone. 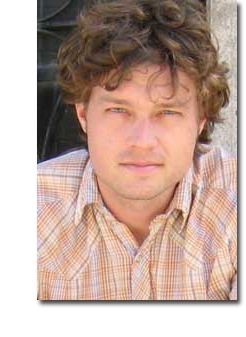 One of the more dramatic turnarounds when considering online and digital content is long-form journalism. Once considered anathema to online publishing, not to mention mobile, only a couple years ago, it’s now considered an opportunity on multiple levels—from ebooks to tablets to interactive web features.

The Atavist, founded by Evan Ratliff, Jefferson Rabb and Nicholas Thompson, was launched in early 2011 to tap the burgeoning long-form digital content market for mobile and web publishing. Here, Ratliff [pictured], who will be a speaker at FOLIO: and min’s MediaMashup summit on April 16 at the Grand Hyatt in New York, shares some of his insights on digital content production, the emerging models and how traditional publishers can participate.

FOLIO: What are some of the trends you’re seeing in longer-form content production in digital formats—online and mobile/tablet?

Evan Ratliff: It’s remarkable how things have changed just over the past two or three years. When we started, the idea that people wanted to read longform online was assumed to be dubious, if not ludicrous. Really, someone is going to sit at a computer and read a 5,000 word story? Almost no major outlets were doing digitally-original longform work. But the trend in the opposite direction started with the Kindle, accelerated with the iPad, then really took off with read-it-later services like Instapaper, Pocket and best-of selections like Longform. Now that you could read something in your hands, it changed the perspective on whether anyone would read something longer than a couple paragraphs, digitally.

But that’s all old news, at this point. What’s happening now is what we’d hoped would happen when we started in 2009: People aren’t just publishing longform online, they are designing for it. Whether it’s us, or the Verge (really, Vox Media in general), or Pitchfork, there are now a growing number of publications really thinking about how to make longform reading a different kind of experience online. Even more encouraging, major media outlets like the New York Times are following in the wake of the smaller ones, utilizing a lot of those ideas and putting serious resources behind executing their versions of them.

FOLIO: What are some of the more interesting content models you’re seeing coming out of the Atavist platform (from you and/or your customers)? How exactly are the boundaries of multimedia storytelling being pushed?

Ratliff: For our own publishing, we’ve pushed more in the direction of visual storytelling, experimenting with selling more film-heavy works and comics. Most of the longform nonfiction online is text, with images and perhaps video or audio woven in. It’s interesting to try and take it from the other end. From our clients, we’ve seen some really traditional places like the Paris Review use the technology to capture the same spirit of what they’ve always done in print. And then other places have pushed into new areas: We work with a gluten-free cookbook and bakery outfit called Babycakes that uses our platform to create an elaborate app full of menus, videos, and games. We also see a lot of diversity on the business side: Some people are selling on a subscription basis, some are selling ebooks as one-offs, and some are advertising based. The technology doesn’t care which you choose, so it’s also easy to try different versions of each.

Ratliff: Now it’s such an easy process to convert and digitally repackage writing, video, audio, images (whether it’s through our platform or another one), the real challenge is figuring out how they are going to get people to pay for it—if, indeed, that’s their goal. I’m skeptical of the trend of trying to get people to pay for content that already exists for free online. I think you really have to make an argument that something is new, compelling, and made with a digital reader in mind. While we do often help people convert existing works into digital formats, and there’s often a lot of value in that, I think our focus is more on helping people create.

FOLIO: What are some lessons learned so far in your subscription efforts?

Ratliff: Our main lesson is wishing we’d had subscriptions from the beginning! (It wasn’t available through iOS when we launched, unfortunately, and we only finally got it up and running recently.) A lot of the folks that buy our stories are just fans of that type of work in general—and fans of the fact that we’re giving an equal cut to the author—so they’re just as happy to subscribe when given the option to do so. The tricky part, of course, is that we have to be tighter about deadlines and production than we once were. Once you are offering subscriptions, you have to deliver on them.

If you’re looking to expand your mobile strategy, or better understand how your brands can thrive in a converged media landscape, register now for FOLIO: and min’s MediaMashup event on April 16.