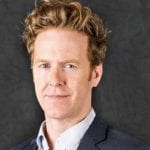 It’s the second leadership change in less than two years at Argyle, which owns the media and events companies CFO Publishing and Innovation Enterprise as well as Proformative, an online platform for finance professionals, in addition to its own membership-based executive summits business.

Kenerly spent about a year and a half as president of Argyle, rising to that position in September 2017 to succeed Danny Phillips, who had spent the previous three years in the role. Before that, Kenerly had served as Argyle’s CFO since joining the company from Cisco Systems in 2015.

Argyle has yet to announce a successor to Kenerly, according to a source familiar with the situation, who said that the process is in its early stages. Reps for Argyle declined to comment.

Since 2015, the company’s majority owner has been The Wicks Group, the private equity firm that also owns the B2B media company Bisnow but sold its stakes in Jobson Healthcare Information, NewBay Media and Northstar Travel Group within the last three years.