Another Sports Illustrated Digital Prototype Shows Off HTML5’s Power
HTML5 magazines have the potential to be a breakthrough. 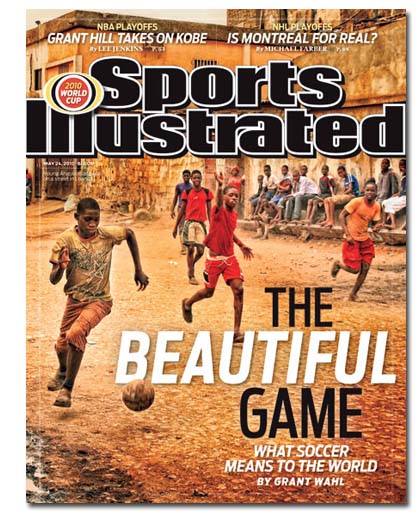 Sports Illustrated editor Terry McDonell has lately taken on a busy part-time second career: digital seer for the entire magazine industry. A few months ago, he was showing off a slick prototype of an SI designed for reading on tablet computers. And last Wednesday at Google’s I|O conference in San Francisco, McDonell strode on stage, joked that he might be the oldest person in the room, and then unveiled another digital reimagining of his magazine—one with all the visual splendor of dead-tree SI, plus rich media, personalization, community, feeds of the latest scores, and more.

As terrific as it looked [click here to see the video demo], much of its beauty lay beneath the surface. That’s because this incarnation of SI was built entirely with HTML5, the nascent set of standards for creating Web sites and services. McDonell was at the Google event as part of a demonstration of something called the Chrome Web Store, an online catalog which will only work in Google’s Chrome browser and upcoming Chrome OS.  This wasn’t a proprietary app, though:  It was a sneak preview of a new sort of digital magazine that could work on any PC, tablet, or other device with an up-to-date Web browser.

HTML5 magazines have the potential to be a breakthrough for readers and publishers alike. The Sports Illustrated prototype shown in McDonell’s video looks like an appealing mashup of what readers love about both the Web and print. Media companies could distribute them to every platform they chose; middlemen who impose rules and demand a cut of the profits would be optional. (With magazines distributed as iPad apps, by contrast, pleasing Apple is as critical as pleasing readers.)

HTML5 isn’t yet fully ready to roll: No current browser supports it completely, and the geeks who are masterminding it are still squabbling over details such as video formats. (Microsoft’s Internet Explorer, still the most-used browser, doesn’t do HTML5 at all yet; the next version will, though.) So magazines built specifically for the iPad, the Kindle, and other tablets and e-readers are part of a necessary phase in digital-magazine evolution. By the time HTML5 is fully baked, publishers who are creating apps right now will have learned plenty of valuable lessons.

I still get more excited about digital magazines that actually exist than ones that exist only as demos. But if you’re looking for reasons to be optimistic about the future of the magazine business, HTML5 should be at the top of your list—and McDonell’s latest next-generation SI shows why.