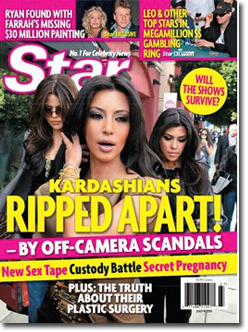 American Media Inc., publisher of magazines such as Star, National Enquirer, Men’s Fitness and Shape, has been rumored to be looking for potential buyers in the past months. However, due to low offers, AMI’s properties may be off the block.

In June, it was initially reported Apollo Management (which holds a majority stake in coated paper maker Verso) showed interested in the media properties, but this interest slowed due to the “[weak] state of the industry.”

Now, according The Wall Street Journal, Apollo fielded an offer lower than expected for AMI. Reportedly, AMI owners “balked” at the suggested selling price from Apollo, and now the publisher is no longer for sale.

According to WSJ.com, AMI is currently valued between $500 and $720 million.

David Leckey, executive vice president of consumer marketing with AMI, says of Star’s sub increase and single issue decline, “It could be a reflection of the economy, with people staying at home. Now, people are subscribing more than buying at the newsstand. We’ve also announced [Star’s] circ will be down to 850,000 in second half, and we anticipate subs stabilizing.”