Amazon Cuts Affiliate Commission Fees for Certain Product Categories
Starting next week, some products will see rates cut by as much as 60%, potentially dampening a lucrative side hustle for publishers. 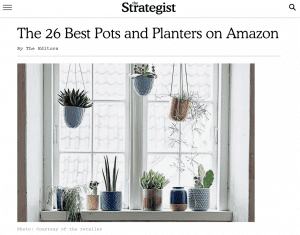 Some publishers already reeling from lost revenue as a result of the COVID-19 pandemic are about to take another hit.

Amazon says it will soon drastically reduce the commission rates of its affiliate marketing program—the cut of sales it rewards to participating websites that drive customers to purchase one of its products using a unique URL—across several categories.

Updates to the Amazon Associates operating agreement reveal that, beginning Tuesday, April 21st, several product categories that previously were on the more lucrative end of the program for affiliates will see commission rates cut by as much as 60%. Commission rates on products in the furniture, home, or lawn and garden categories, for example, will be cut from 8% down to just 3%.

Lower commission categories such as various electronics, as well as other specific categories like kitchen and jewelry, will apparently remain unchanged. We’ve put together a summary of the changes below, using rates pulled from the operating agreement as well as the update. 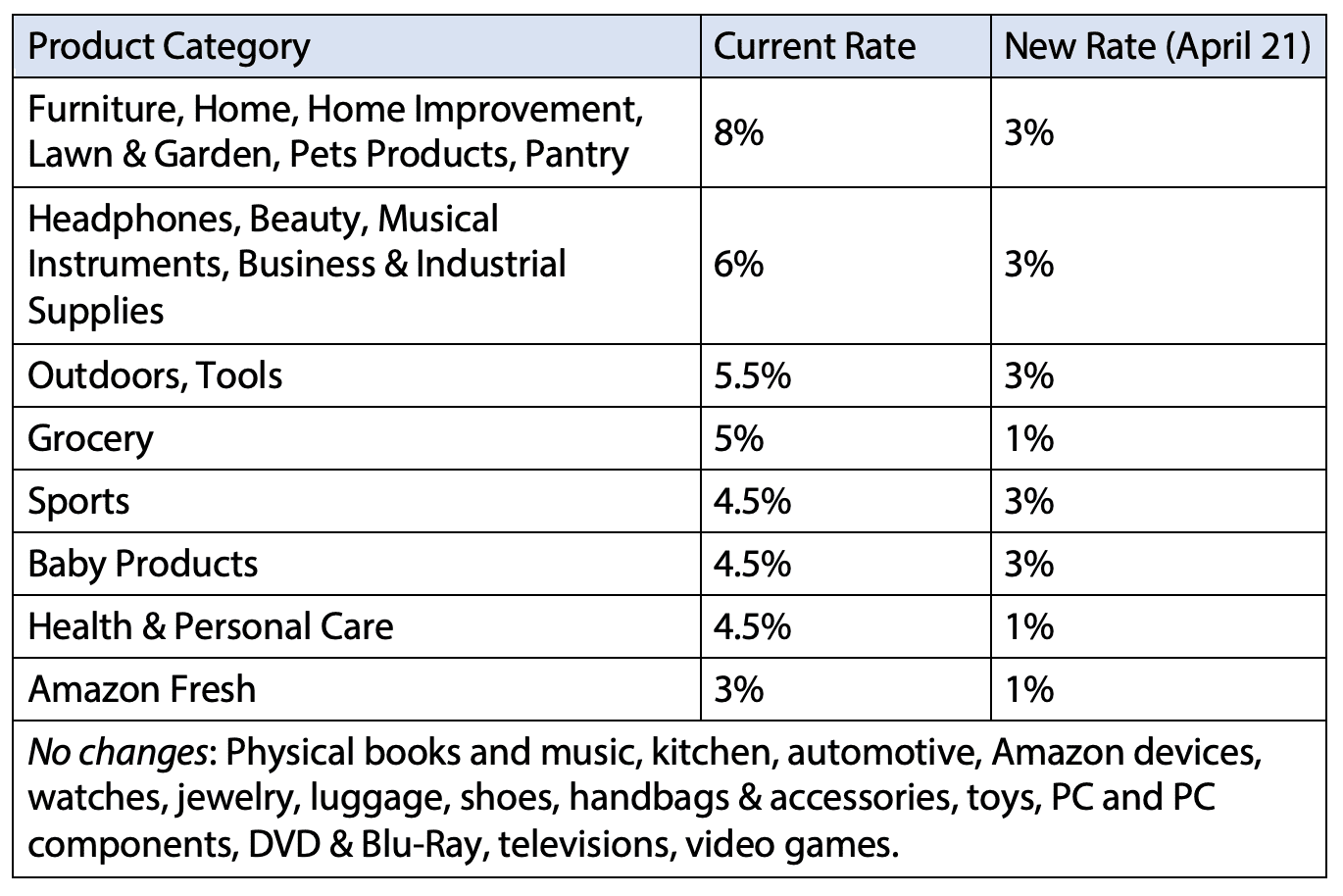 CNBC.com—which got a hold of an announcement emailed to Amazon Associates members that makes no mention of any particular reason behind the rate reductions—reports that an Amazon rep declined to comment on whether the changes were related to the COVID-19 pandemic.

A screenshotted email shared on an online forum for members of Amazon’s affiliate program, purportedly sent from an Amazon rep, said the rate changes are “not related to current events.”

While it’s far from the only player in the space, Amazon operates one of the oldest and largest affiliate marketing platforms, helping provide lucrative side-hustles for a number of publishers, some of which have grown into sizable businesses in their own right.

Four years ago, The New York Times Co. spent a reported $30 million to acquire Wirecutter, a product recommendation site monetized primarily through affiliate revenue. Meredith Corp.—which claims to drive more than $1 billion in annual sales for its retail partners through “affiliate and shopper marketing efforts”—followed suit earlier this year, acquiring the product recommendation site SwearBy and telling Digiday recently that its affiliate business has been growing by “close to 100%” year-over-year.

They aren’t alone. Just to name a few: Active Interest Media, Bauer Media, Bonnier Corp., Condé Nast, Hearst Magazines, IDG, Business Insider, Buzzfeed, Digital Trends, Fortune, New York magazine, Outside and Time all have disclaimers on their sites advising readers that while advertisers don’t dictate their product reviews, they may collect revenue from purchases of those products made through affiliate links.

“Advertisers want to do more things that are optimized at conversions and that fall beyond advertising,” Nilla Ali, Buzzfeed‘s VP of strategic partnerships, told Folio: back in September. “A lot of advertising dollars are shifting towards affiliate. It’s no longer seen as passive acquisition but an active one that requires a strategy.”