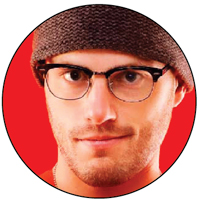 In a play off the word “mutiny”, Mutineer editor-in-chief and publisher Alan Kropf says the magazine’s namesake was chosen with the intent to do just that. “The name speaks to our vision of doing a magazine that’s not like all the others; we wanted to brand a name and start a mutiny in the culture,” he says.

With focus still on its print edition, Kropf tells FOLIO: that digital add-ons include social media, a daily blog and videos. “We haven’t moved onto the iPad, because our advertisers are still really happy with the print edition,” says Kropf. The 2011 November/December issue of Mutineer includes 27 ad pages, a 12.5 percent increase over November/December 2010’s 24 ad pages.

As for resulting revenue, Mutineer Magazine saw an increase of 138 percent over 2009 numbers.
Kropf views the growth of Mutineer as a result of organic networking efforts. “It’s rooted in culture. One of our big research projects included getting an RV and chugging up and down the West Coast, getting to know the industry and building relationships,” says Kropf.

In addition to his work at Mutineer, Kropf is also an advocate for water relief in developing countries; a recent marketing project was called “Clean Water Crusader”. He has been named one of Wine & Spirits Magazine’s 30 Under 30, and was part of FOLIO: sister publication minonline’s 2010 15-to-Watch.