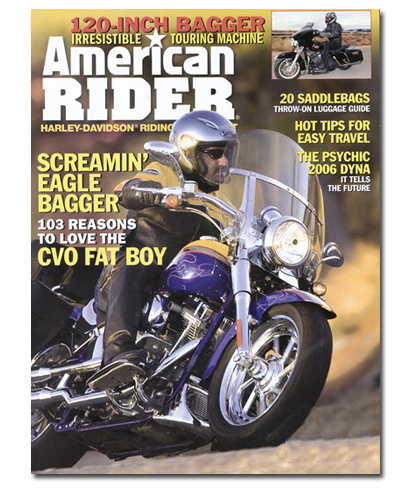 Instead, Affinity plans to fold the magazine’s content into sister magazine Rider, which carries a monthly circulation of 140,000. “American Rider competed in a field that is seven or eight titles deep,” explains Affinity powersports and media division president Steve Hedlund. “The Harley market has been down in terms of manufacturing as well as advertising. In looking at the various options, we felt that absorbing it into Rider was the best decision.”

As a result of the folding, two full-time staffers (one from sales, the other from circulation) and one contract editorial position were eliminated. Hedlund says Affinity will continue to maintain the American Rider brand with an online presence—a companion Web site to Rider’s.

Launched in 1994 as spin-off of Rider, American Rider carried a circulation of roughly 60,000. “While there will be a few Harley enthusiasts who might not appreciate the change, those who want our travel touring content will stick with us in Rider,” says Hedlund.

In addition to Rider, the Affinity Group publishes a number of other titles, including Trailer Life, MotorHome, ATVMagazine, Snow Goer and Boating Industry.