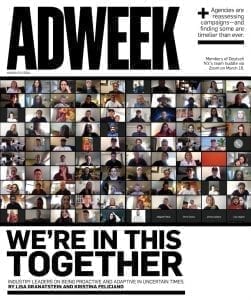 Adweek has been sold from one private equity firm to another.

The seller, Toronto-based PE firm Beringer Capital, had owned Adweek for the past four years, acquiring it in July 2016, about six months after the breakup of its former parent company, Prometheus Global Media, by then-owner Guggenheim Partners.

Adweek CEO Jeffrey Litvack, who will stay on after the sale, declined to share financial terms of the sale, but tells Folio: that the deal had been in the works for several months, since well before the start of the pandemic. Despite a reliance on in-person gatherings, Adweek pivoted quickly to a virtual events strategy, he said, which has allowed it to maintain cash flow and avoid making any major cutbacks.

“Adweek’s experienced management team has done a tremendous job of building on its established brand, expanding its industry coverage and its product offering to further solidify its leading position in the marketplace,” said Laura Held, partner at Shamrock Capital, in a statement. “We look forward to working with Adweek to continue to drive strong growth, both organically and through acquisitions.”

Founded in 1978 as an investment vehicle for the Disney family, Shamrock Capital’s current portfolio includes radio and podcasting ad agency Ad Results Media, fantasy sports and betting service FanDuel and smartphone app startup Maple Media, among several others, and it claims $1.9 billion in assets under management. It also previously owned the B2B publisher and events firm Questex from 2014 to 2018, when it sold the company to PE firm MidOcean Partners, as well as regional magazine publisher Modern Luxury Media, which it owned from 2004 to 2007. 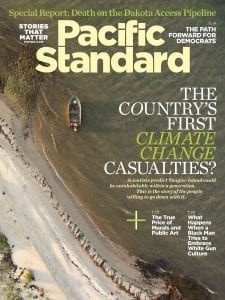 Elsewhere on the M&A wire, the Seattle based non-profit environmental publisher Grist has acquired the assets of Pacific Standard.

Devoted to covering environmental and social justice issues, Pacific Standard has been inactive since last August, when its financial backer, The Social Justice Foundation, abruptly shuttered it after a 10-year run. The closure resulted in 20 full-time employees and 25 freelancers losing their jobs without notice after its four-person board voted to do away with the publication. Its print edition had been discontinued about a year earlier.

“We were repeatedly and enthusiastically told we were over-performing and delivering up until the very end, and that we had a long-term commitment,” then-editor-in-chief Nicholas Jackson said at the time.

Grist CEO Brady Walkinshaw tells Folio: that no cash was exchanged from Grist in the deal. The website’s URL, psmag.com, will continue to house the brand’s archives, which have remained available online, and Grist will announce plans later in the year for Pacific Standard’s forward-looking strategy.

“We’re honored to steward Pacific Standard’s impressive archives and brand into the future,” added Walkinshaw said in a statement. “Our goal is to make sure the award-winning and critical reporting on environmental and social justice issues that Pacific Standard produced continues to live on.”