Adam Moss to Step Down as EIC of New York Media
"I want to see what else I can do,” says the award-winning editor.

After 15 years and 40 National Magazine Awards, Adam Moss is stepping down from his role as editor-in-chief of New York magazine on March 31.

“On March 1, I will have been the editor of New York for 15 years,” Moss wrote in a memo to his staff that was shared with Folio:. “That’s about twice as long as Clay Felker, and longer than any of my other predecessors.”

In his statement, Moss cited several reasons for his decision to step down from the company, but explained that the overarching reason is his belief that “editors ought to have term-limits.”

“Experience is good, but after a while every institution needs a blood transfusion,” he continued. “Plus: I’ve always only really known how to edit for myself, and I no longer feel that makes sense for me and New York.”

While heading the magazine, which celebrated its 50th anniversary last year, Moss lead two major redesigns of the publication, most recently in 2014, which brought the magazine to a biweekly frequency, integrating new verticals along the way. He turned the once singular magazine into a multi-titled print and digital publication with the added verticals, Vulture, the Cut, the Strategist, Grub Street and Intelligencer, which was most recently launched as a standalone vertical this past fall. 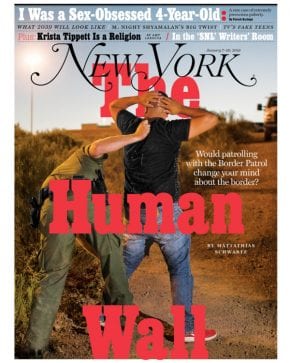 Taking on the role of EIC in 2004, Moss prioritized the growth of the digital presence of the magazine, including overseeing the year-long 2006 relaunch of nymag.com, making it no longer serve as a print companion, but a daily news source. He also embedded the Daily Intelligencer—later Intelligencer— into the page, which honed in on covering politics, technology, business, media and innovation.

Since then, Moss directed the growth of each vertical, starting with developing Vulture into a national entertainment news source, then overseeing the expansions of both Grub Street, its food and restaurant blog, and the women-focused site, the Cut, which earned the title of Website of the Year last year by Adweek. And in May 2018, Moss established a dedicated e-commerce site, The Strategist, to open new consumer-based revenue streams for the five-decades-old company. Additionally, following this trend of consumer-based revenue streams, he helped lead the recent implementation of a paywall across nearly all of the New York Media verticals.

Donning the title of Adweek’s Editor of the Year in 2016, guiding the journalistic project, “Cosby: The Women” that was awarded the 2015 George Polk Award for magazine reporting and leading New York and its digital verticals to earn 40 Ellie Awards, including the honor of Magazine of the Year, Moss has worked to establish the magazine and its digital counterparts as prominent and trusted brands over course of his tenure.

“Adam showed the world that a legacy print publisher could lead invention in digital products, that a brand with local origins could own national conversations, that a diversified premium media business can be constructed around an original editorial voice,” said New York Media CEO Pam Wasserstein in a statement. “He leaves at the top of his game (not a surprise: it’s the only way he operates). And he leaves the company in an enviable position—reaching the largest, most engaged audience in our history.”

Prior to joining New York Media, Moss had served as the editor of the New York Times Magazine and as the assistant managing editor of the Times, while overseeing both the magazine, the Book Review and the Culture and Style sections. He also served as the founding editor of New York-based weekly magazine 7 Days, and spent several years at both Esquire and Rolling Stone magazines.

“I’m not going away entirely,” wrote Moss. “I will stay in the New York family as an advisor to Pam and anyone else who asks for my help. But I won’t be running anything, making any decisions—and I’ll be off doing many other things at the same time (what?!—I’m determined not to think about that until I walk out the door).”

According to his memo, Moss’ successor will be announced soon by Wasserstein.